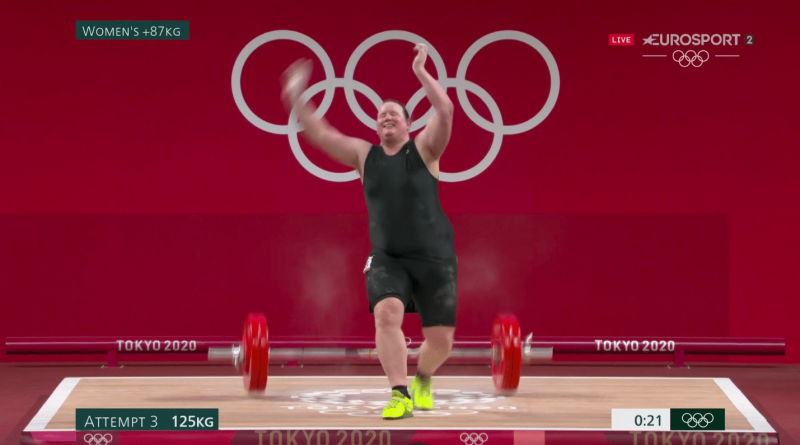 Laurel Hubbard as she failed to lift 125kg in the women’s weightlifting final at the Tokyo Olympics on 2 August, 2021. (Screenshot/Eurosports)

The International Olympic Committee (IOC) has announced it will drop its trans athlete policy.

Instead, from March 2022, individual sports will set their own rules around trans inclusion.

The change comes after the IOC spent two years in extensive consultation with a wide range of cis and trans athletes, with the organisation saying its main takeaways were that the current policy put all female athletes at risk of having to “prove” their gender.

This could have serious adverse health impacts, it found, and it was unclear how the policy was ensuring “fair and meaningful competition”.

The 17-year-old IOC policy centred around setting limits on the testosterone levels for female athletes, but officials now say that after extensive research this is no longer considered the most important factor in determining whether trans women should be allowed to compete.

“One of the things I think the framework does is move us on from just considering testosterone,” IOC medical and scientific director Richard Budgett told OutSports. “It’s perfectly clear now that performance is not proportional to your endogenous, in-built testosterone.

“What we’re really interested in is the outcome. What this does is change the process of getting that outcome of performance.”

The current IOC guidelines allow trans women to compete in the women’s category if they keep their total testosterone level below 10 nanomoles per litre for 12 months.

This blanket rule meant that Namibian sprinters Christine Mboma and Beatrice Masilingi, both cisgender women, were barred from competing in Olympic events this year because of their naturally high testosterone levels.

In its new framework, titled “Framework on Fairness, Inclusion and Non-Discrimination on the Basis of Gender Identity and Sex Variations”, the IOC set out 10 principles for decision-making around trans inclusion inclusion fairness, harm prevention and competitive advantage.

Individual sporting federations will also be encouraged to focus on evidence, like competition results and performances, to make their policies. However, the IOC framework is non-binding, and it is yet to be seen how individual sports will respond.

“Many sports have done quite a lot of research,” the director of the athletics department for the IOC, Kevah Mehrabi, told OutSports. “If they feel they have enough to revise or introduce eligibility criterion before 2024 qualifications, fine. If they feel like they need to go through a longer process to get it right, that is also fine. It’s not a black-or-white answer.”

The publication of the IOC’s new trans athletes guidelines had been repeatedly delayed, due to “very conflicting opinions”.