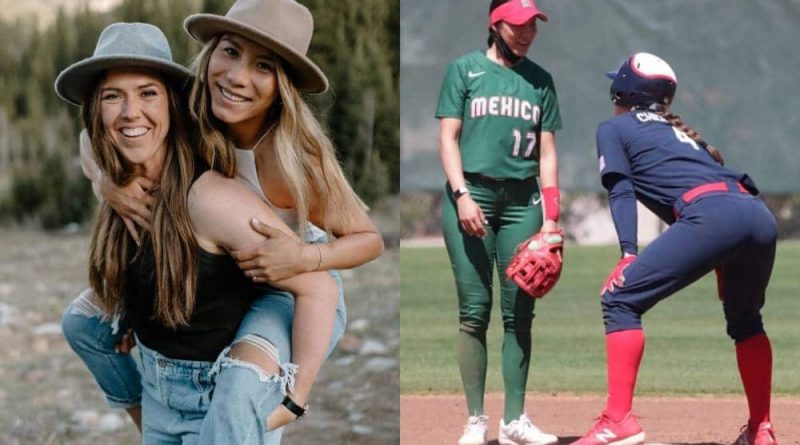 Team USA softball player Amanda Chidester opens up on Instagram about competing against her fiance Anissa Urtez, a Mexican softball player, at the 2020 Tokyo Olympics. (Instagram/@chiddy3)

Team USA softball player Amanda Chidester has opened up about what it was like to compete against her fiancé at the Tokyo Olympics.

The power couple came face-to-face as Chidester played for the American team and her fiancé Anissa Urtez competed for Team Mexico in a tense match on 24 July.

Chidester reflected on the match in an inspiring post on Instagram alongside a picture of herself coming face-to-face with Urtez on the softball field.

She explained that the couple is “constantly” asked how they feel about competing against each other. Chidester said they were “both excited” because they’re fierce “competitors” who are “focused on our own paths with our respective teams”.

“We are going out on the field and giving it all we have,” Chidester wrote. “We are beyond proud of each other for living out our dreams and loving every second of getting to experience this together!”

She described how both women know their “life together” has its “own identity” separate from their professional goals. Their love for each other will not change, “win or lose” during the Olympics, she added.

“While we do step on the field as opponents, we step off as fiancés,” Chidester wrote.

She continued: “I’m proud of what Anissa has accomplished in her career and I’m excited to compete against her on the biggest stage.

“Even though I’m rooting for my team to win and she’s rooting for hers, at the end of the day our support for each other is unconditional.”

Urtez responded to the beautiful post with a simple, yet powerful, yellow heart emoji. True love is out there.

Team USA beat Mexico 2-0 and went on to take home the silver medal Tuesday (27 July). Urtez fell just short of a medal with her team’s 3-2 loss against Canada.

Chidester isn’t the only LGBT+ athlete on the American Olympics softball team.

Chidester was joined by Ally Carda and Haylie McCleney on the Olympian softball field.

Carda shared that her partner and 2004 gold medalist, Kelly Kretschman, has been a “huge part” of her life and “softball journey”.

She told Softball America that her partner has “helped me with my confidence and demeanor on the mound” in the run up to the Olympics.

Cards added: “[Kelly’s] shared a lot of her stories with me, which has been awesome, but now that it’s actually here and real and I’m going to be living it, I definitely think her advice and guidance will be a huge part of it.”