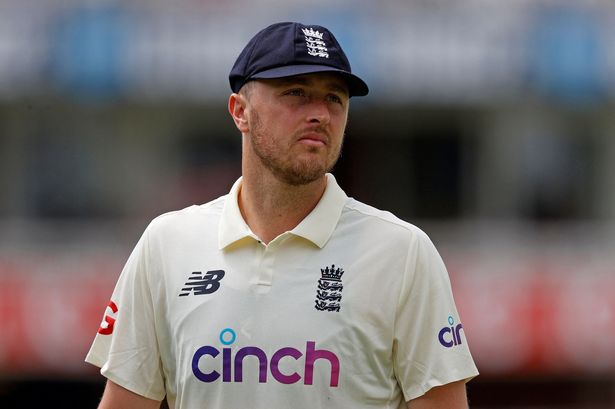 
England pacer Ollie Robinson’s fortunes took a further dive after he was found COVID positive last week, on the day he was due to turn out for a County Select XI to prove his fitness against New Zealand at Chelmsford. He had been ruled out of the match after complaining of a stiff back while warming up on Thursday.

“Ollie felt a bit of stiffness in his back while he was warming up this morning before the game. We had a chat and felt as a precaution that it was sensible for him to sit out this match. We’ll assess him and move forward from there,” Richard Dawson, the ECB’s elite performance pathway coach, had said.

Robinson, 28, has taken 39 wickets at 21.28 in his nine Tests since making his debut against New Zealand at Lord’s last year but his career is at a crossroads, with off-field issues and fitness concerns a constant backdrop to his impressive on-field performances.

The ECB announced on Monday that he had then tested positive for Covid-19 later in the day. There is no longer a government-issued seclusion period in the UK, but the ECB has told players that they must withdraw from games if they test positive and Robinson has been isolated.

“With respect to the lower back symptoms which prevented him playing in the four-day tour match for the FCC Select XI against the New Zealand tourists at Chelmsford last week, he will be assessed after his isolation period later this week. Further information will be confirmed in due course,” an ECB statement said.

Robinson’s back issues prevented him from leading the pace attack for England on their tour of West Indies earlier this year, as he did not play a game in the series after a recurrence of his back spasms. He has been bugged with a tooth infection and a bout of food poisoning, which have limited his participation in the ongoing County Championship season.

Robinson was omitted from England’s squad for the first two Tests of their three-match series against New Zealand, which starts at Lord’s on Thursday, and with his latest setback, he might not have enough time to prove his fitness for the third Test against the Kiwis.