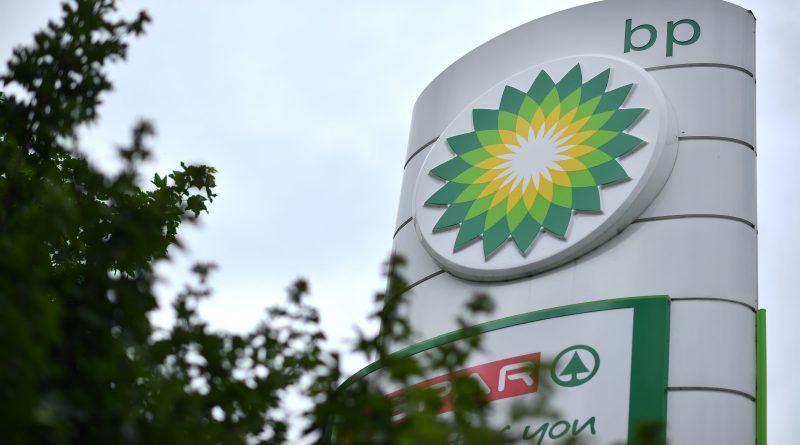 BP logos are seen at a BP petrol and diesel filling station southeast of London on June 15, 2020.

The U.K.-based energy major said it will buy back $1.4 billion of its own shares in the third quarter on the back of a $2.4 billion cash surplus accrued in the first half of the year. It also increased its dividend by 4% to 5.46 cents per share, having halved it to 5.25 cents per share in the second quarter of 2020.

It also anticipates buybacks of around $1 billion per quarter and an annual dividend increase of 4% through 2025, based on an estimated average oil price of $60 per barrel.

The energy major posted full-year underlying replacement cost profit, used as a proxy for net profit, of $2.8 billion. That compared with a loss of $6.7 billion over the same period a year earlier and $2.6 billion net profit for the first quarter of 2021.

“This shows we continue to perform while transforming BP — generating value for our shareholders today while we transition the company for the future,” CEO Bernard Looney said in the earnings statement.

The results reflect a broader trend across the oil and gas industry as energy majors seek to reassure investors they have gained a more stable footing amid the ongoing coronavirus pandemic. The British-Dutch multinational Royal Dutch Shell, France’s TotalEnergies and Norway’s Equinor all announced share buyback schemes last week.

Share prices of the world’s largest oil and gas majors are not yet reflecting the improvement in earnings, however, and the industry still faces a host of uncertainties and challenges.

Operating cash flow sat at $5.4 billion at the end of the second quarter, which includes the annual payment of around $1.2 billion the company makes for the Gulf of Mexico oil spill in 2010.

A year out from the announcement of its strategic overhaul, announced in August 2020, the company highlighted that it had built a 21 gigawatt renewable energy pipeline and brought eight major oil and gas projects online.

BP’s financial results come after a period of stronger commodity prices. International benchmark Brent crude futures rose to an average of $69 a barrel in the second quarter, up from an average of $61 in the first three months of the year.

Oil prices have rebounded to reach multi-year highs in recent months and all three of the world’s main forecasting agencies — OPEC, the International Energy Agency and the U.S. Energy Information Administration — now expect a demand-led recovery to pick up speed in the second half of the year.

It comes after a 12 month period which BP has described as “a year like no other” for global energy markets.

In its benchmark Statistical Review of World Energy, published on July 8, BP said that over the past seven decades the company had borne witness to some of the most dramatic episodes in the history of the global energy system. These crises included the Suez Canal crisis in 1956, the oil embargo of 1973, the Iranian Revolution in 1979 and the Fukushima disaster in 2011.

“All moments of great turmoil in global energy,” Spencer Dale, chief economist at BP, said in the report. “But all pale in comparison to the events of last year.”

Analysts told CNBC ahead of the latest batch of second-quarter earnings that while energy companies were likely to try to claim a clean bill of health, investors were expected to harbor a “tremendous degree” of skepticism about the long-term business models of oil and gas firms. This was predominantly a result of the deepening climate emergency and the urgent need to pivot away from fossil fuels.