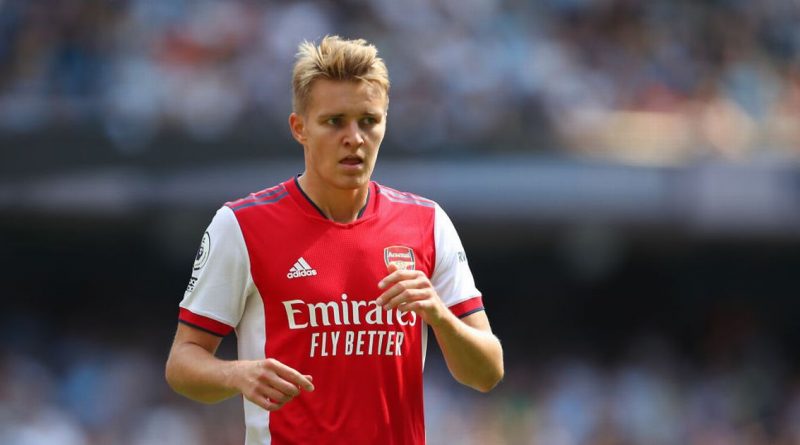 Martin Odegaard has admitted that having cameras following Arsenal’s every move isn’t his ‘favourite thing’.

The Gunners opted to be featured on the upcoming Amazon series ‘All or Nothing’, following in the footsteps of Premier League rivals Manchester City and Tottenham.

Arsenal ’s Media and Communications Director Mark Gonnella suggested the fly-on-the-wall documentary will give fans a ‘unique insight’ into the goings-on behind-the-scenes at the Emirates.

But the insight that fans have been given in terms of on-field action has hardly been a pleasant one, with Arsenal enduring a nightmare start to the season.

Mikel Arteta’s side are rooted to the bottom of the league, having lost their opening three games without scoring a single goal.

The Arsenal boss has previously revealed that he wasn’t consulted about the decision to be a part of the show and new signing Odegaard has now opened up on his own reservations.

Odegaard joined the Gunners on a permanent deal earlier in the window and was asked about the impact at a press conference on Tuesday.

“I must admit that it’s not my favourite thing to have cameras everywhere,” he suggested.

“You automatically think a bit more about what you are saying when there are cameras there, but the crew is discreet.”

Arteta was part of the Man City setup when cameras followed Pep Guardiola’s side on the way to a Premier League title.

He explained: “I experienced it a few years ago when I was at Man City and we are going to help as much as possible, for everybody to see what this club means and how things are done at the football club,” the Spaniard told Goal.

“[We will] be as transparent as we can to show the values, integrity, passions and where we are trying to drive this football club. Hopefully, it is a perfect year to show that.

“We need to make it happen. It is down to us to try to produce the best piece that we can, so everybody can feel part of what we do and our fans can be proud of what we do.”

Meanwhile, Odegaard has opened up on the treatment he was given by the Spanish press during a difficult few years with Real Madrid.

The Norwegian added: “Absolutely everything that has been reported about me in Spanish media is wrong.

“I am so happy to be back in Arsenal. I loved it here from the first day I came in January.

“I wanted stability. I wanted to settle down somewhere with a lot of good players who want to establish the club back in the top, with a good manager. That’s why I think Arsenal is pretty perfect for me.”