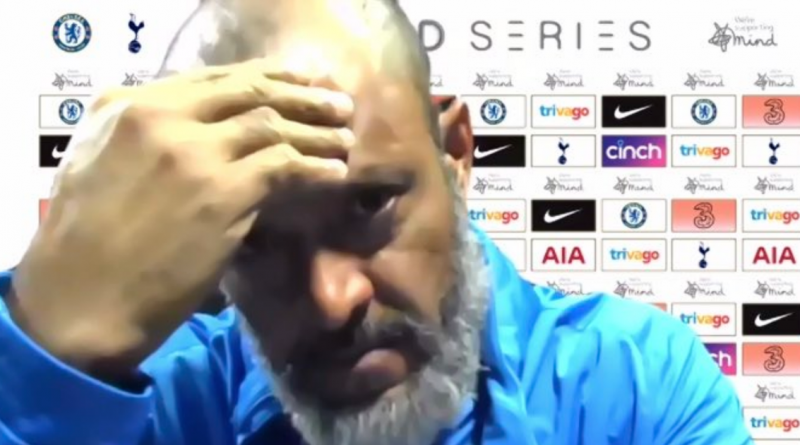 Tottenham manager Nuno Espirito Santo has revealed that he is planning to solve the Harry Kane “issue” as soon as possible, and intends to speak to the want-away striker in the coming days.

The England captain has failed to report back for pre-season training as he continues to push for a move to Manchester City.

And reports have claimed that the player is still on holiday in the United States of America, and is not due back before the end of the week.

Spurs drew 2-2 with Chelsea in a friendly on Wednesday night, and following the full-time whistle Nuno was quizzed about his absent forward.

Harry Kane is desperate to leave Tottenham this summer
(

But the Portuguese boss remained tight-lipped when pressed on exactly what the situation was.

“It’s not that I don’t want to comment,” he said. “I think all this issue surrounding Harry we should discuss internally to avoid any kind of public argument and discussion. We have to solve the problem but first between us.

“I expect to speak with Harry soon, I haven’t had the chance yet.”

Spurs came from 2-0 down to earn a draw at Stamford Bridge, with Hakim Ziyech’s brace cancelled out by Lucas Moura and Steven Bergwijn goals.

And they will next take on north London rivals Arsenal in another friendly on Sunday before their Premier League opener against City on August 15.

It remains to be seen if the Kane situation is dealt with before then, but Sky Sports pundit Jamie Carragher says he is disappointed with the way the player has gone about trying to force an exit.

Writing in his column for the Telegraph, Carragher said: ” Tottenham are not Liverpool in terms of trophies and history and I’m not saying Harry Kane should stay at Spurs. I know it’s about the here and now and winning trophies.

“I get he wants to win the Premier League, win the Champions League. I have no problem with him wanting to go to City. But it’s the way he’s going about trying to get that transfer by not turning up to training that is worrying.

“My message to Harry would the same as it was to Stevie (Gerrard): don’t ruin your reputation for this; always think about your name and standing in the game. For me, that is as important as any trophy Harry could win.”

Meanwhile, Spurs are expected to complete the signing of Atalanta defender Cristian Romero in the coming days.

The 23-year-old centre-back is set to travel to London imminently, and will soon complete a £47m move and put pen to paper on a five-year contract.