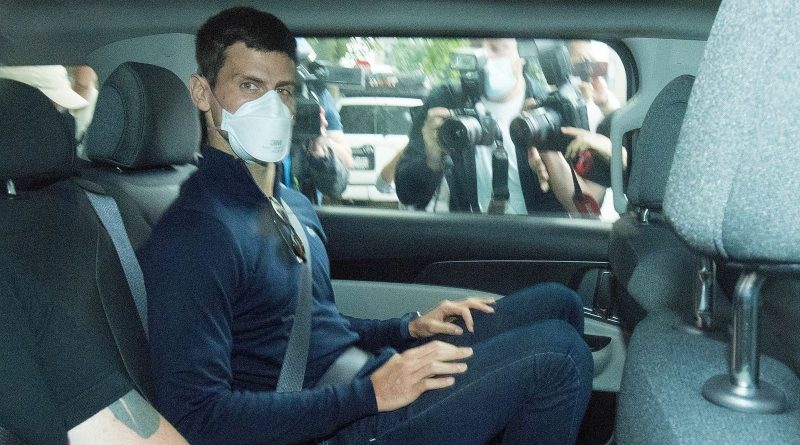 The two sides are referring throughout the hearing to the minister’s decision to cancel Djokovic’s visa.

So what are some of the things that Mr Hawke said in his decision?

Mr Hawke said that he accepted Djokovic’s recent COVID-19 infection meant he was a “negligible risk to those around him”.

However, he said that the tennis player was “perceived by some as a talisman of a community of anti-vaccine sentiment”.

“I consider that Mr Djokovic’s ongoing presence in Australia may lead to an increase in anti-vaccination sentiment generated in the Australian community, potentially leading to an increase in civil unrest of the kind previously experienced in Australia with rallies and protests which may themselves be a source of community transmission,” Mr Hawke said.

The immigration minister described Djokovic as “a person of influence and status”.

He added: “Having regard to … Mr Djokovic’s conduct after receiving a positive COVID-19 result, his publicly stated views, as well as his unvaccinated status, I consider that his ongoing presence in Australia may encourage other people to disregard or act inconsistently with public health advice and policies in Australia.”