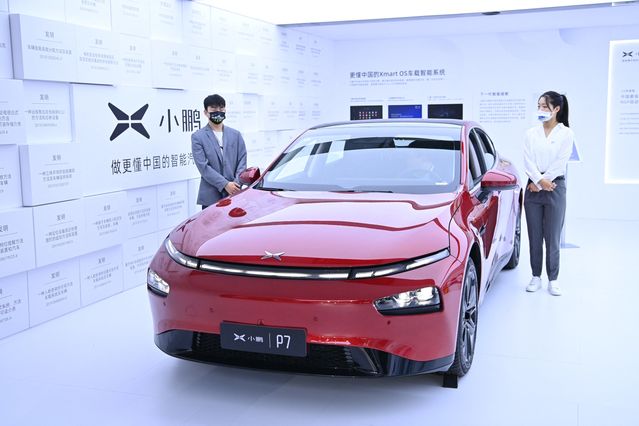 all dipped in January from a record December, snapping recent sales momentum. After a rush to beat incentive cuts, Chinese buyers have taken a little step back. Just don’t call it a disappointment.

Combined, the deliveries came in at 34,842 vehicles in January, down from 40,576 delivered in December. The dip snapped a two-month streak of rising combined deliveries for the three Chinese EV makers.

December 2021 was the best month for the three on a combined basis. December was an incredible month for the entire Chinese EV industry. Retail sales grew roughly 130% year over year and EV penetration—including plug-in hybrids—of new car sales hit almost 23%.

January might not be as good when all the numbers are in. Car buyers appear to have rushed to beat purchase incentive cuts for EVs. Some incentives for EV purchases were cut as much as 30% beginning in 2022 as the government slowly weans the industry off incentives.

Incentive cuts, however, are not a surprise and that’s clear from the stock reaction Tuesday. NIO stock was up 1.5% in premarket trading, while XPeng shares had risen 4.2%, and Li stock had gained 3.5%.

Those stock moves aren’t bad, even though falling demand and falling incentives aren’t good news. The January deliveries are only part of the overall stock equation and all three stocks have been badly beaten up for weeks amid rising interest rates which hurt valuations of highly valued stocks more than others.

The trio is highly valued. XPeng, Li, and NIO trade for about 4.3 times estimated 2022 sales on average. The

The valuation has shown up in early 2022 trading. Coming into Tuesday, NIO stock has fallen 23% year to date, XPeng shares have fallen 30% and Li stock is off about 19%. The Russell is down about 9% while the S&P has dipped 5%.

China is the world’s largest market for new cars and for EVs. That makes it an important market for Tesla, too. And the reaction from Nio, Li, and XPeng stocks suggests that

(TSLA) stock, which stock has declined about 11% year to date, might have baked in a lot of the bad news. Tesla hares were up 0.6% in premarket trading.

It’s been a rocky start to 2022 for Tesla investors as well, limiting the impact of any January dip in China.