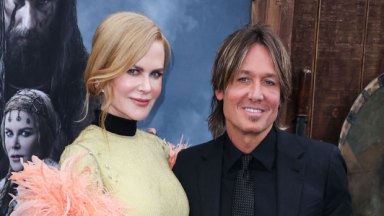 
Nicole Kidman, 55, has been a beloved, international actress for over 3 decades. After making her debut in her native country of Australia in the 1983 film Bush Christmas. In 1990, she starred in Days of Thunder alongside her future husband Tom Cruise, 59, which made her more well-known to an international audience. Since then, Nicole has starred in a number of critically-acclaimed and popular movies, like The Hours, which she won the Best Leading Actress Oscar for in 2003.

Other than her amazing acting abilities, Nicole’s personal life has drawn much public attention, since she began her relationship with Tom back in the 90s. The pair were a high-profile couple in the entertainment industry for the entirety of their relationship. After their 2001 divorce, Nicole settled down with Grammy-winning singer Keith Urban, 54, in 2006. Find out everything about Nicole’s two marriages here!

Nicole and Tom met while working on their movie Days of Thunder in 1989, and they wed the following year on Christmas Eve 1990. Throughout the pair’s relationship, they adopted a daughter Isabella, 29, and son Connor, 27. The couple regularly appeared together on red carpets, and they were frequently seen beside each other. Despite both stars being huge, Nicole has opened up about her feelings at that time. She said that she felt like a star “by association” in a 2009 interview with Easy Living, per Marie Claire. “We would go to the Oscars and I would think, ‘I’m here to support him.’ I felt it was my job to put on a beautiful dress and be seen and not heard,” she said.

The two actors also co-starred in Stanley Kubrick’s classic 1999 film Eyes Wide Shut together. Nicole reflected on that time in her and Tom’s marriage in a 2020 interview with The New York Times. “We had two kids and were living in a trailer on the lot primarily, making spaghetti because Stanley liked to eat with us sometimes,” she said. “We were happily married through that. We would go go-kart racing after those scenes. We’d rent out a place and go racing at 3 in the morning.”

Unfortunately, Tom and Nicole ended up splitting up in 2001. Shortly after the divorce, Nicole explained that she felt like her “life collapsed” after the breakup in a 2002 interview with Vanity Fair. “You’re being watched and scrutinized, and that slowly affects you. But it’s also deeply romantic, because it feels like there’s only the two of you and you’re in it together, as if you’re in a cocoon, and you become very dependent on each other,” she said after the split.

Since the breakup, the kids that the pair adopted have chosen to stay with Cruise’s controversial religion of Scientology. Nicole has spoken about their children staying Scientologists in recent years. “[Isabella and Connor] have made choices to be Scientologists. It’s our job as a parent to always offer unconditional love,” she told The Sun in a 2019 interview.

After the divorce from Tom, Nicole started dating Keith Urban in 2005, and the pair wed the following year in their home country of Australia. The couple have two daughters Sunday Rose, 13, and Faith Margaret, 11. Nearly 16 years after tying the knot, the couple are still going super strong, and it’s clear that they both support each other in their creative endeavors. She has posted tons of photos of the couple showing off some PDA on a number of occasions, especially for romantic days, like Valentine’s Day.

Nicole also opened up about the secret to making their marriage work in a September 2021 interview with Harper’s Bazaar. “We’re always working through stuff, but it’s very much love based, so there’s an enormous amount of give and take. I want him to have the best life he can have, and he responds the same way. We really love parenting together,” she said.