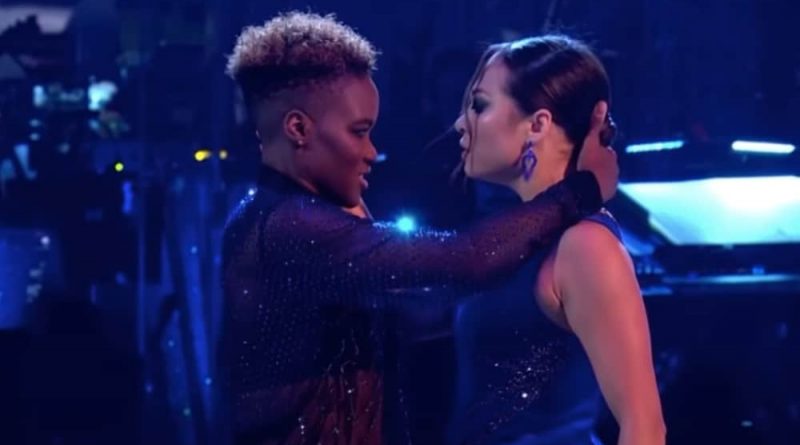 Nicola Adams is ready to return to Strictly Come Dancing, saying she has “unfinished business” with the show.

The former Olympic boxer, 39, made history last year as part of the first competitive same-sex couple to take to the Strictly ballroom floor.

Her stint on the show prompted record ratings, but unfortunately she was forced to step out of the competition early when her dance partner Katya Jones tested positive for COVID-19.

Adams was devastated her time on the show came to an end so soon, and although she and Katya reunited for the season finale, she’s hinted she’d love to come back and finish it properly.

“It would be really cool to come back to Strictly because I feel like we’ve got unfinished business,” she told Metro.

Great British Bake Off winner John Whaite and Johannes Radebe have continued her legacy as Strictly‘s first male same-sex dance pairing, and Adams has been watching their performances with interest.

“I have been watching a little of this year’s series. I think Johannes is doing amazing,” she said.

John and Johannes have stormed the dance floor just as Adams did, and their perfectly choreographed debut earned them a standing ovation from judges Motsi Mabuse and Shirley Ballas.

They’ve continued to deliver every week since with their latest dance to Sting’s “Shape Of My Heart” dubbed the “bravest dance on Strictly” after moving many fans to tears.

Such a moving moment from John and Johannes. We adore the Shape of their Rumba 💖#Strictly@jojo_Radebe pic.twitter.com/h5BgxBESZw

Nicola Adams had nothing but praise for the talented couple. “I’m glad that they’ve continued the same-sex representation as it should be, it’s not a token,” she said.

“It’s everyday life and should be represented, and I’m looking forward to seeing him and John doing some lifts.”