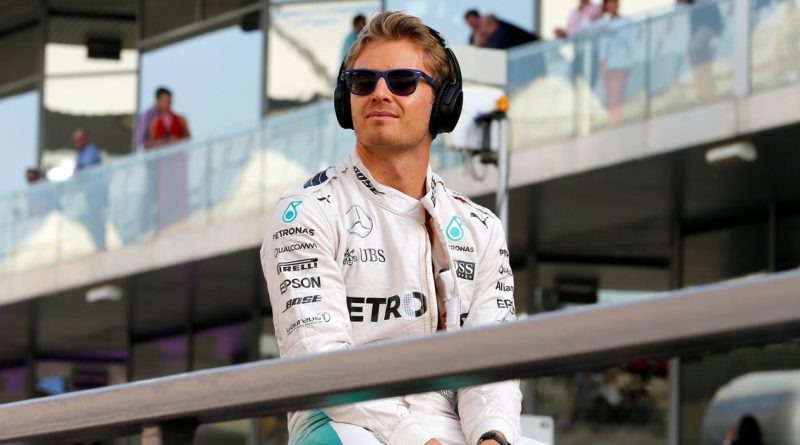 
Former F1 world champion Nico Rosberg spent four tense seasons competing alongside Lewis Hamilton at Mercedes, and the German has offered his insight as to whether the Briton trumps Michael Schumacher

Rosberg spent four of his 11 seasons in F1 as a team-mate of Hamilton’s at Mercedes, signing off his career with a maiden world championship in 2016.

The 36-year-old has rare insight as an ex-partner to both drivers, however, having also raced opposite Schumacher when he was seeing out his career at Mercedes between 2010 and 2012.

Although Rosberg and Hamilton shared a heated rivalry throughout their time as colleagues, the former has always spoken highly of his old adversary, who’s hunting a record-breaking eighth F1 championship this season.

And while Schumacher may have been the more committed of the pair in regards to practice, Rosberg told Motorsport-Total he considers Hamilton to be more effortless in his craft.

“Lewis has an amazing natural talent,” said the German.

“If we look at talent, he’s probably the best of all time. And he really builds on that, that instinct is phenomenal with him.

“And Michael, he would drive tests every day, even though he is a seven-time world champion. But because he also knows that you can always learn a little bit there.”

Hamilton, 36, is six points below standings leader Max Verstappen with six races to go in his bid to break free of Schumacher’s record, with each holding seven championships apiece as things stand.

Former Ferrari superstar Schumacher is also the only driver in history to win five consecutive world championships (2000-04), but Hamilton can also draw level in that regard this year.

Do you think Lewis Hamilton will break Michael Schumacher’s F1 title record in 2021? Let us know in the comments section.

The winner of the last four titles on offer has already broken records for the most F1 race victories (100), pole positions (101) and podium finishes (176).

But the world championship tally is one major hurdle for Hamilton to overcome in the greatest-of-all-time debate, although Rosberg believes both he and Schumacher are deserving.

Having retired five years ago, he can now take a more peaceful view of the debate, though not without a not-so-subtle nod to the time in which he got the better of Hamilton.

“Oh well, I’m not so emotionally attached to it now that I say, ‘Hey, Michael actually deserved to hold the record’. Lewis deserves it too and if he manages to do that, then good,” Rosberg added.

“I see it more and more as, ‘He was really damn fast, and I can be all the more proud that I beat him with the same car back then.”

Team principal Toto Wolff has since said the manufacturer’s engine woes may not be over, however, suggesting another change may be required before the season is over.

Red Bull’s Verstappen has gone three races without a win for the first time this season as the focus shifts to the United States Grand Prix in Austin, Texas, on October 24.

The Dutchman is hungry to clinch his maiden world title and break Mercedes’ seven-year grip on the trophy, already on the verge of beating his personal best for points in a single season.

Hamilton will be motivated to rain on his parade and rise back to the peak before the campaign is through, however, using Schumacher’s legacy as a drive to reach unprecedented heights.