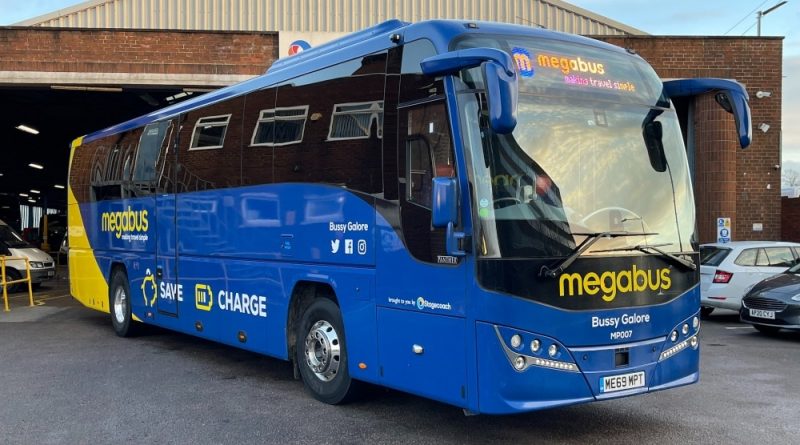 A British bus operator has put “Boaty McBoatface” to shame after it unveiled a new coach that we must learn to co-exist with – its name, reader, is “Bussy Galore”.

Yes, really. No, we did not make this up. No, there is no way to escape the reality we are trapped in. And yes, there have been other bussy vehicles in the past. This is not an isolated incident.

Made by MP Travel, which runs a fleet of vehicles across the northwest of England, the bussy bus was revealed back in November 2019 and went completely under the radar.

“The names Galore, Bussy Galore,” MP Travel wrote on Facebook at the time, referring to Pussy Galore, the violet-eyed pilot with judo skills in the James Bond novel and film Goldfinger.

Our #megabus #bussygalore is out helping @northernassist @arriva across the northwest.
Seen out in the glorious snow. pic.twitter.com/iP7ewrk0iY

Pussy, played by the late Honor Blackman, got her name from her time as a cat burglar.

We’re not sure if Bussy Galore knows judo, can fly or burgles houses in its spare time. It does, however, moonlight as a bus for discount bus operator Megabus.

But after years of passengers boarding Bussy Galore for an hour-long ride from London and Glasgow via Manchester, Preston and Lancaster, it has at long last found its time in the spotlight.

Megabus is run by Stagecoach Group, whose founder, and until recently chairman, is Brian Souter — noted homophobe who spent half a million campaigning to keep section 28.

So it’s not difficult to imagine this having been a quiet protest on the part of some gay employee.

And for those wondering whether the bussy-themed buses end there, don’t you worry – you can ride the “Bussy the Vampire Slayer” all night long. After all, into every generation a bussy slayer is born: one bus in all the world, a chosen one.

hey @megabus I have some feedback for you pic.twitter.com/ExS34UqQ6Q

Megabus, long loved by frugal travels for its cheap tickets and free WiFi, is owned by the Stagecoach Group. As the user pointed out, the company’s founder, Brian Souter, is a “noted homophobe who spent half a million campaigning to keep Section 28“.

The deeply loathed legislation barred teachers from promoting the “acceptability of homosexuality as a pretended family relationship”.

Souter has also claimed that society would “implode” if “traditional marriage” were to fail.

We, for once, can’t wait for Souter to take a ride on the Bussy Galore.

In the meantime, Twitter users certainly found their first date spot, being driven more or less into madness over the bus that, if you haven’t caught on yet, sounds a lot a slang used by queer men to describe their own anatomy.

omg im at the coach station rn and i can see bussy galore. this is like seeing a celebrity im so happy https://t.co/wuTGTCyyPs

who wanna hold hands whilst sat on the bussy galore bus https://t.co/dlYUnICQ0B

who wants to come on the bussy galore for a first date with me then ? https://t.co/6MB8wUgZyJ