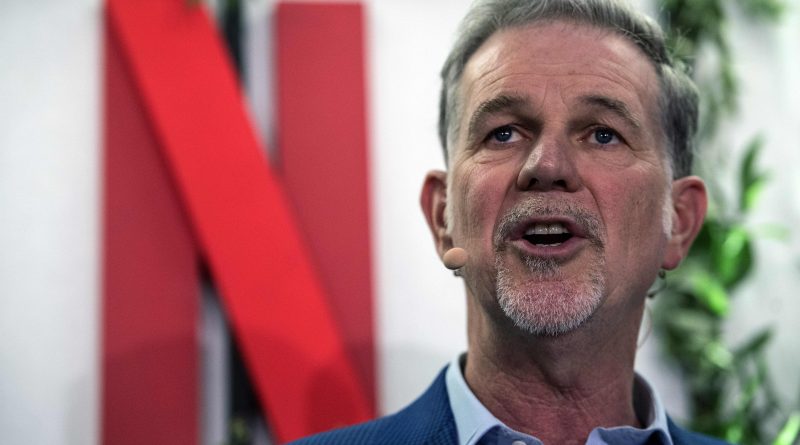 Co-founder and director of Netflix Reed Hastings delivers a speech as he inaugurates the new offices of Netflix France, in Paris on January 17, 2020.

Netflix is set to report third-quarter earnings after-the-bell on Tuesday.

Here’s what analysts are expecting:

Netflix added 1.54 million users in its second quarter, beating out expectations. But most analysts already had their eyes set on its third-quarter report, since the company would be kicking off a slate of widely anticipated content. Because of the Covid-19 pandemic, a large amount of films and shows had been pushed back into the second half of this year and next year.

Many analysts already appear confident with the company’s content strategy, partly thanks to the success of “Squid Game,” the company’s Korean dystopian that set viewing records.

The company is expected to continue releasing content, and any breakout films and shows will likely show benefits through the end of the year.

“As Netflix continues to release at such high volume and increasingly release international content across its global network, we expect that on occasion it will hit such goldmines that can attract new subscribers and limit churn for a period of time,” Wedbush analysts wrote in a research note.

Aside from streaming numbers, analysts will be watching gaming initiatives, merchandising and competition from the likes of Disney+ and other streaming services.

Even if Netflix does beat Wall Street expectations, shares may be a bit rocky in the following days. Netflix stock has traded lower the day after earnings nine out of the last 12 quarters, according to Bespoke data. The third quarter is typically the company’s most volatile season, while Q4 is often the company’s biggest winner.

This is a developing story. Check back for updates.