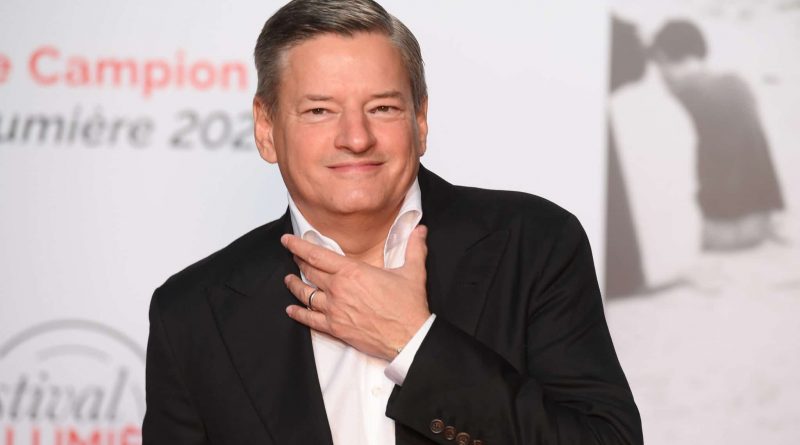 Netflix co-CEO Ted Sarandos has admitted he “screwed up” in his handling of the ongoing backlash against Dave Chappelle.

On the eve of a planned employee walkout backed by stars including Jonathan Van Ness and Jameela Jamil, Sarandos came with a simple message: “I screwed up.”

Sarandos, a major player in the streaming giant’s success who was appointed as co-CEO in 2020, has drawn strong criticism for suggesting Chappelle’s anti-trans comments would not “translate to real-word harm” in an internal memo.

“Obviously, I screwed up that internal communication,” he told Variety in an interview published Tuesday (19 October).

“I did that and I screwed it up in two ways. First and foremost, I should have led with a lot more humanity. Meaning, I had a group of employees who were definitely feeling pain and hurt from a decision we made.

“And I think that needs to be acknowledged upfront before you get into the nuts and bolts of anything. I didn’t do that.”

Ted Sarandos stressed that his initial take on the criticism against Dave Chappelle’s special, The Closer, was rushed and came across more “matter-of-fact” than intended.

“Of course storytelling has real impact in the real world,” the 57-year-old admitted. “I reiterate that because it’s why I work here, it’s why we do what we do.

“That impact can be hugely positive, and it can be quite negative.”

“In all my communications, I should lean into the humanity upfront and not make a blanket statement that could land very differently than it was intended,” he added.

However he refused to condemn the special.

“Under the definition of ‘does it intend to cause physical harm?’ I do not believe it falls into hate speech,” he said.

Chappelle’s comedy special, which dropped on the service 5 October, saw the comic make jabs at women and queer people, and refer to himself as being on “Team TERF“. He also defended JK Rowling and rapper DaBaby.

Netflix soon faced fire on all sides as staffers, stars and customers slammed the company for carrying the special. The backlash was exacerbated further by co-CEOs Sarandos and Reed Hasting’s steadfast support for  Chappelle.

Internal unrest quickly gripped the company, with a bloc of Black and trans workers set to stage a virtual walkout Wednesday (20 October)

A trans non-binary employee, meanwhile, was fired for allegedly sharing “confidential information” about the special to the press.

A Bloomberg report, which is said to have included the information, detailed budget totals for Chappelle’s program as well how employees raised concerns about the offensive materials in it. Sarandos, however, said the show did not cross any lines.

Lawyers for B. Pagels-Minor, a former program manager at Netflix, told The New York Times that their client “categorically denies leaking sensitive information to the press”.

One trans Netflix employee, Terra Field, a senior software engineer, said Chappelle’s stand-up is a symptom, but not the cause, of a “culture that marginalised and devalues trans people“.

Field was later suspended from her position at Netflix after she tried to “attend a director-level meeting” she hadn’t been invited to. She was later reinstated.