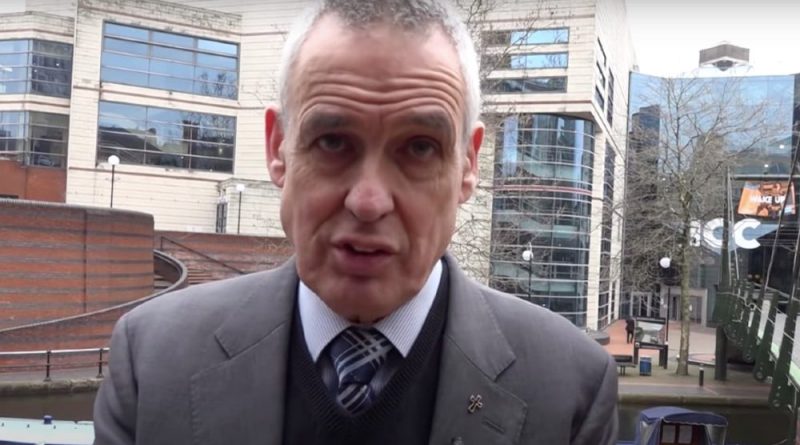 An Evangelist who once defended a law that would have made gay sex punishable by death is running for election on the National Trust’s governing body.

Green has previously referred to homosexuality as a “deviant lifestyle” and once openly supported a Ugandan bill that would have made gay sex punishable by death. He has brazenly denied trans identities, and has previously argued that it is impossible for a husband to rape his wife.

Green seeks election to the council “to call the Trust back to its founding principles, to treat its members, donors, volunteers and tenants with respect and to end its promotion of fashionable ‘woke’ causes.”

He has also accused the current National Trust leadership of being “obsessed with LGBT issues”, with his campaign statement – which makes little reference to anything beyond LGBT+ issues – threatening to turn back the tide on the Trust’s exploration of LGBT+ history, which is supported by the National Lottery Heritage Fund.

He strongly condemns the Trust for highlighting prominent queer donors from its past, claiming curators are “inventing salacious details” about historical figures amd promising to end this “madness” if elected.

He further pledges to determine how much money is spent on the Trust’s participation in Pride parades and put a stop to what he calls “divisive marketing exercises and woke virtue-signalling”.

Green’s candidacy is backed by the insurgent group Restore Trust, which is reportedly trying to establish a foothold on the council as it wages a campaign against perceived “wokeness” in the National Trust.

Supported by a number of Conservative MPs, including the head of the Common Sense Group of backbenchers, Restore Trust presents itself as a grassroots movement of more than 6,100 current and former National Trust members, out of a total of more than 5.5 million.

Those connected to the National Trust have compared the movement to Brexit, describing a push to return to an idealistic English past that’s “uncontaminated” by multiculturalism.

PinkNews has reached out to Green for comment. He told the Guardian he had no connection with Restore Trust but was grateful for their support.

In a statement to the paper a National Trust spokesperson said: “Our founders set out to protect and promote places of historic interest and natural beauty for the benefit of the nation. That means we are for everyone. Whether you’re Black or white, straight or gay, right or leftwing.

“We have always debated openly and freely to overcome differences of opinion, and paid-for campaigns that back candidates with ideologies opposed to our values are new and would be concerning for any charity.”

As one of Britain’s biggest land owners, the National Trust has long celebrated the contributions of its LGBT+ staff and supporters. The organisation has been a strong presence at Pride events in London, Birmingham and Wales, as well as smaller ones in Coventry and Foyle.

Celia Richardson, director of communications for the National Trust told PinkNews: “The places in our care have been shaped by LGBTQ history and we explore this in our work.

“We have lots of staff who are active in LGBTQ networks and, like many organisations, we are pleased to support participation in Pride and other celebrations. This is part of what we are for. We are for everyone, for ever.”