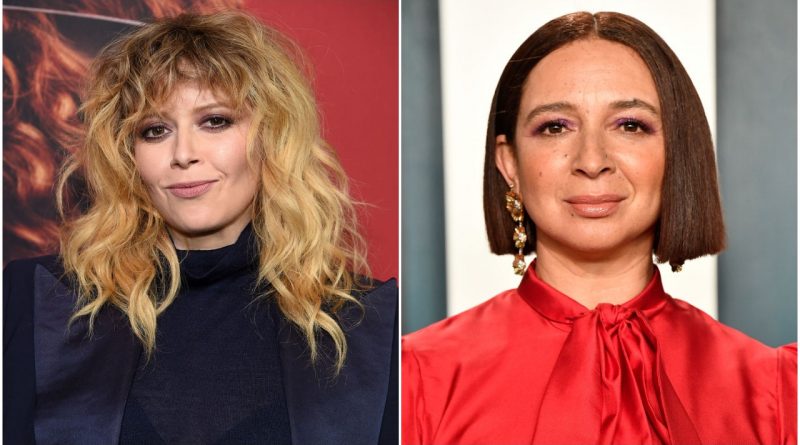 Natasha Lyonne and Maya Rudolph are producing queer romance Love In Colour – and it’s being written and directed by LGBT+ talent.

It will mark the first feature film from the pair’s company Animal Pictures and focuses on “queer joy” rather than a coming out story.

The plot of Love In Colour follows an aspiring young artist who is forced to join her high school track team, so she uses it as an opportunity to pursue the girl she’s been harbouring a long-time crush on.

But she soon finds herself falling for a teammate and discovers what real love feels like.

The film has been penned by Kirsten King and Casey Rackham who have loosely based the script on their own experiences.

They say they were largely motivated to write something that went beyond the coming out story and depicted the queer joy they wanted to see on screen growing up.

Announcing the news of the film on Twitter Kirsten wrote: “I won’t spoil the ending but I can tell you this: It’s so gay.”

It will also be directed by queer filmmaker Sammi Cohen who says: “I needed this movie as a kid. It means so much to me to be making it now.”

She goes on to say: “It’s exciting to be making a movie that’s full of queer characters where the story isn’t about coming out.

“I love a coming out story, I have one myself. But this is a new kind of comedy and a fresh take on how we tell stories about queer kids in high school.”

The cast for the film is yet to be announced, but with plenty of queer talent behind-the-camera we’re hoping to see some LGBT+ actors take on the lead roles.

Love In Colour will be released exclusively on streaming service Hulu in the US, while international release details are yet to be announced.

Hulu is home to LGBT+ films and series

The streaming service is home to plenty of LGBT+ focused and queer friendly content including:

To sign up to Hulu and find out more head to hulu.com.