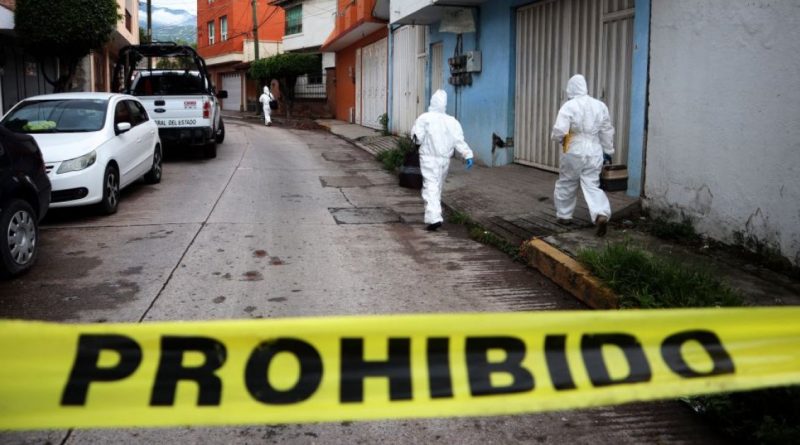 
Mexico has hit a record for most journalists killed in a year—at least 13 in 2022—and we’re only in October. If you ask why, most people say “the narcos.” If you ask Mexican President Andrés Manual López Obrador, he says there is no persecution of journalists by officials and no impunity, and anyone who says otherwise only wants to smear his administration.

Neither is entirely correct.

I worked as a journalist in Mexico for nine years. The spike started in 2006 with seven killings. In 2010, when I became Associated Press bureau chief for Mexico and Central America, there were 10. Since then, the numbers have grown beyond comprehension, unseen outside of war zones (Ukraine has had 15 journalist killings so far this year), and shocking for a democracy where freedom of expression is guaranteed in the Constitution.

Though the targets tend to be local journalists far from the capital, and not foreign correspondents, the killings dominated our coverage and forced us to create new security protocols for covering the country. The safety of our teams was my responsibility. By the time I left Mexico, I couldn’t leave behind the paradox: Why was Mexico, a democracy, the most dangerous country on Earth for journalists? The free press is the enemy of despots and authoritarians, not freely elected governments.

I eventually learned the answer, and it made me fear for the free press in my own country.

When the murders started, the government blamed the cartels—and the journalists. If a reporter was killed, it meant they were corrupt, being paid by narcos, or some other dark interest for good coverage. It was an easy sell. Mexico had a long history of corruption and collusion in its press corp. Politicians repeated the script: “They’re not really journalists.” So did my fellow correspondents. It was likely true in some cases. Yet we really had no way of knowing for sure. The crimes were never investigated, nor did they result in arrests.

Eventually, the script showed its holes. Reporters known to be beyond reproach, often honored internationally for their ethics and bravery, started turning up dead: Regina Martínez in 2012, and Miroslava Breach and Javier Valdéz in 2017 among the more infamous cases. (Arrests and convictions were made in each case, but not necessarily of the people responsible. The suspected mastermind in the Javier Valdéz murder just completed a short prison sentence in the U.S. for cooperating with authorities in another case, and it remains unclear if the U.S. will agree to extradite him to Mexico to be tried for the journalist’s killing.)

Read More: The Number of Journalists Murdered for Their Work Doubled in 2020

The killings escalated with the growing independence of the Mexican press. Since the murders started in 2008, the amount and quality of investigative journalism in Mexico, and the number of reporters working to uncover malfeasance and corruption have taken a huge leap.

In many of these assassinations, there are reports of people in uniform showing up just before the journalist disappeared, or mayors, governors and former candidates implicated, or former police arrested and public officials going on the lam. Mexican journalists say they fear the government more than the cartels. That means the perpetrators are sometimes the same people charged with investigating the journalist killings. No wonder the cases are never solved, or maybe worse, the wrong people are incriminated.

The first step in controlling the citizenry for your own gain is attacking the press. This is not a coincidence, it’s a deliberate political strategy. It works. Democracy came to Mexico, but not the institutions necessary to fortify and defend it. So it is easy for elected leaders to manipulate the powers of government for whatever they see fit. In Mexico, when a reporter exposes the link between the state and a criminal enterprise, that’s when they step on the deadly third rail.

In one particular state, Veracruz, where 20 percent of all journalist murders have occurred since the uptick began in 2006, and where reporter Regina Martínez was found beaten to death in her bathroom, ex-Gov. Javier Duarte succeeded in terrorizing or buying off the press to report only niceties as his administration stole billions in tax dollars and oversaw the disappearance of thousands of citizens. The government itself had become organized crime, partnering with cartels in some cases, but also using the full powers of the state, the treasury, police, judiciary, etc., to create its own criminal enterprises. This system exists in state and local governments across the country.

Despite the claims of Mexico’s president, there is more public corruption now, not less. And with more independent reporters, more risk. That’s why so many are getting killed.

But the most startling part for me in trying to explain how a democracy could be deadly for journalists was the emergence of the same narrative in my own country. The script from Mexico—a newer democracy plagued by weak institutions, violence, and moral bankruptcy on the part of many leaders—is now being used in the oldest democracy in the world.

The free press in the U.S. has always drawn criticism in its adversarial role but we’ve never wavered in seeing it as a fundamental democratic institution. Now we seen as the enemy of the people, the corrupt purveyors of “fake news.” We can’t be believed. The same political forces planting distrust in independent voices also seek to undermine our trust in all democratic institutions, our electoral system, the military, the Justice Department.

And the first target here in the U.S. was the press.

Journalist assassinations remain rare in the U.S., though Las Vegas investigative reporter Jeff German was recently stabbed to death — allegedly by a small-time public official who was reportedly running his office like a fiefdom. The accused official was said to have become unhinged when German exposed his crimes to the public, and he lost re-election.

But holding power structures to account here has become increasingly dangerous work. Since 2017, there have been more than 1,600 recorded attacks on journalists in the U.S., at least 900 of them physical assaults.

Before five years ago, there was no official count. We didn’t need one.