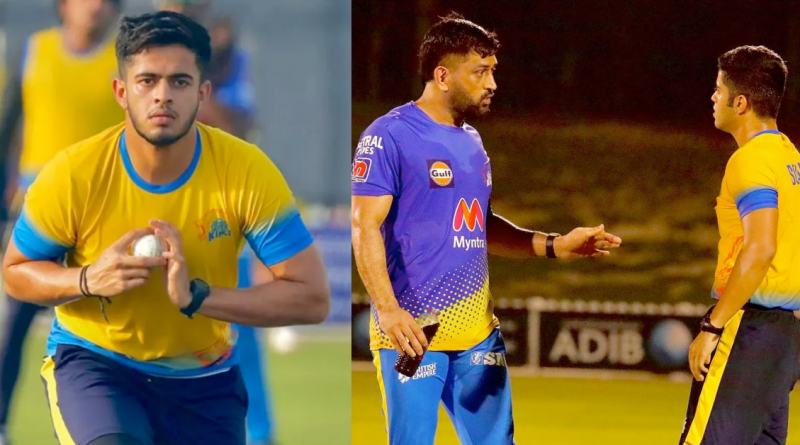 
Chennai Super Kings (CSK) leg-spinner Prashant Solanki had the opportunity to play with the legendary skipper, MS Dhoni after he was bought for INR 1.2 crores in the IPL 2022 mega auction.

Expectedly, the youngster learned a lot from the 40-year-old and he went on to reveal the advice he received. He asked Solanki to keep things simple and try to build pressure on the batters with dot balls.

“Mahi bhai keeps things very simple. Whether you’re bowling leg-spin, googly or top-spin, if you’re not giving runs, you are bowling well. He had given us instructions that we have to bowl dot balls because that’s what creates pressure in T20 cricket,” Solanki said in a chat with Sportskeeda.

Solanki failed to take a wicket in his first game but ended up bagging a couple of wickets against Rajasthan at a crucial juncture of the game. His wickets included that of Yashasvi Jaiswal and Shimron Hetmyer, both destructive batters and in form.

“In the second game, I came into bowl a bit late because we didn’t have a big total and he was shuffling the bowlers around. I was hit for a six off my first ball. Then he (Dhoni) gave me an indication that I have to pull my length back and keep it a little shorter. Let him play strokes on the bigger end. Then I was successful.”

“He (Hetmyer) hit me for a boundary and then Mahi bhai indicated to me once again to use the bigger side of the ground. I bowled the top spinner on his legs and he miscued it and was out on deep mid-wicket,” he added.

Also Read – Be In The Moment, Don’t Get Caught Up In Your Emotions, That’s What I’ve Learnt From MS Dhoni – S Badrinath