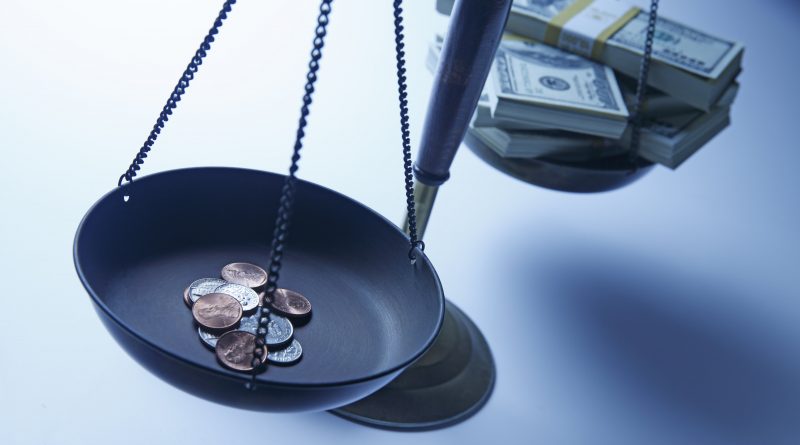 Americans added nearly $4 trillion to their savings during the pandemic, but most of the gains went to the wealthy, according to a new study.

Stimulus checks, rising stock markets and fewer spending choices led to a massive savings boom over the past year, with Americans saving about $3.7 trillion, according to a study from Oxford Economics. Yet 70% of the gain went to the wealthiest 20% of Americans, the study found.

The excess savings — or savings above and beyond the normal pre-pandemic growth levels — were even more skewed to the top. Of the $2.6 trillion in excess liquid savings, 80% went to the top 20%, and 42% went to the top 1%.

At the same time, “households in the bottom income quintile saved less than implied by their pre-pandemic behavior,” the study found.

While it’s not surprising that America’s savings, like income and wealthy, are concentrated at the top, the degree of the savings inequality was unexpected, according to Nancy Vanden Houten, the economist who co-authored the study with Gregory Daco.

“This latest data suggests that savings are even more skewed to the top than we previously thought,” Vanden Houten said.

The top-heavy savings glut could have implications for the economy and markets. Economists cite America’s savings boom as one reason consumer spending will remain strong in the coming months or even years, since households will be able to tap their savings for continued consumption.

The study found that about $360 billion of savings will be spent down over the next year and half, based on household spending and savings rates. Yet because savings are so top-heavy, the vast majority of the spending will also be by the wealthy and affluent. The study estimates that more than $250 billion of the roughly $360 billion in spending will come from the top quintile — which means consumer spending in the coming months and years will be strongest at the top.

Economists say high-end restaurants, resorts, fashion, collectibles, jewelry, wine and other businesses that cater to the affluent will do better in the coming months than retailers and businesses for the mass market.

“Since upper-income households saved more during this period, the outlook for consumer spending will largely depend on those households,” Vanden Houten said.

The wealthy also typically spend a smaller share of their savings on consumption than middle class and lower earners, so overall spending in the coming months from savings could fall short of projections.

“This is unprecedented,” Vanden Houten said. “There are some limits in spending. Will wealthy people go on two vacations instead of one because they missed one in 2020? Or will they just take one more elaborate vacation? We don’t know.”