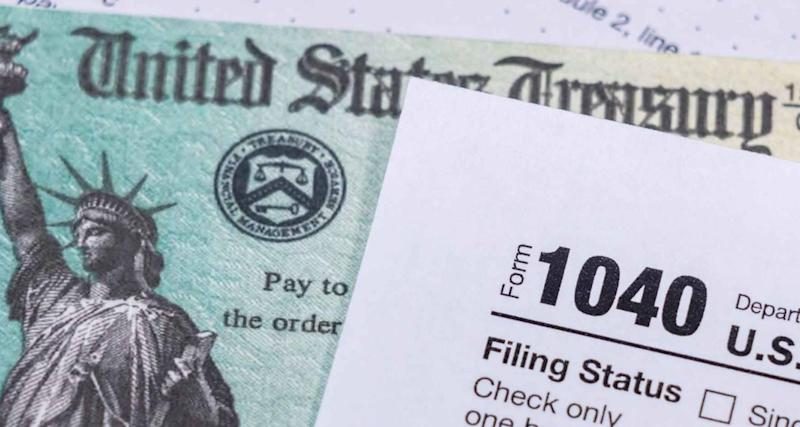 
Since May, the IRS has paid billions in tax refunds to Americans who weren’t expecting money back. Direct deposits and paper checks have gone to millions of people whose tax bills for last year were reduced after they’d already paid them.

It has been nearly two months since the last batch went out: more than 400,000 payments totaling over half a billion dollars. But the tax agency said this week there will be another wave before 2021 ends.

A windfall from the IRS might be just what you need right now to help you deal with expenses or pay down debt.

Here’s a look at whether you might be surprised to get some tax money back in your pocket.

Will you qualify for a surprise refund?

The refunds are related to 2020’s surge in unemployment during the onset of the pandemic. The economy lost a record 20.5 million jobs in April of last year as America’s jobless rate soared to 14.7% and new claims for unemployment benefits skyrocketed.

Normally, unemployment checks are taxed the same as any other income. But President Joe Biden’s COVID-19 rescue package from March of this year allowed people to exclude piles of those benefits from their 2020 taxes: up to $10,200 for individuals and $20,400 for couples who file jointly.

The hiccup for the IRS was that by the time Biden signed the relief bill, in mid-March, many people had already filed their 2020 tax returns. As a result, more than 16 million Americans paid too much tax on their unemployment benefits, IRS officials say.

The agency has slowly been going through the returns of those taxpayers and paying out refunds. If you’ve been hoping Congress will approve another stimulus check, that’s looking extremely unlikely — so one of these refunds might be your next best thing.

More refunds are on the way

In the most recent batch of refunds, announced on Nov. 1, taxpayers got around 430,000 payments worth more than $510 million. At that time, the tax agency said more surprise payments were on the way — and now, a Dec. 20 update on the IRS website says something similar.

“The IRS plans to issue another batch of corrections before the end of the year and will mail a letter to affected taxpayers to inform them of the corrections, generally within 30 days from when the corrections were completed,” Monday’s update says.

If the tax agency discovers you’re still owed an unemployment tax refund, or “correction,” the money should come automatically, based on the banking and address information from your tax return. But the money has been slowed by a massive backlog the IRS has been working through.

What if you’re not likely to get a refund?

If your bank account could use an infusion of cash, but you’re not likely to get a surprise tax refund, here are some steps to give your finances a boost on your own.