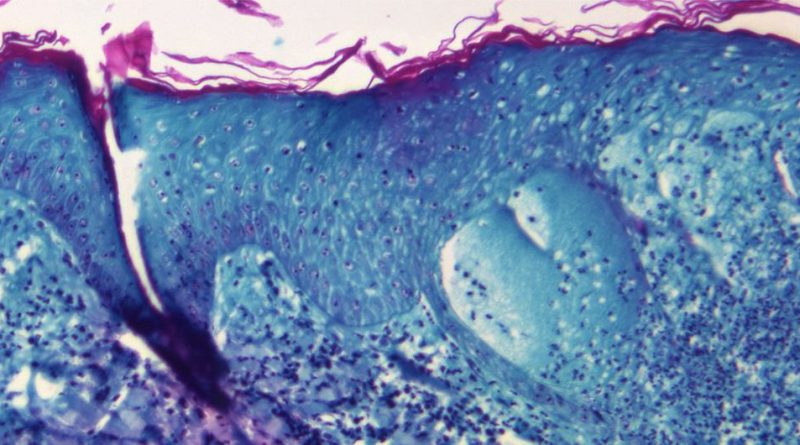 At a press conference in Geneva updating on both the current Monkeypox outbreak and COVID-19, WHO Director-General, Tedros Adhanom Ghebreyesus noted that 29 countries where the Monkeypox virus does not usually circulate, had confirmed cases.

“The risk of #monkeypox becoming established in non-endemic countries is real. WHO is particularly concerned about the risks of this virus for vulnerable groups including children and pregnant women”-@DrTedros

WHO expert and the technical lead for the Monkeypox outbreak, Dr. Rosamund Lewis, said cases being reported now primarily in the non-endemic setting were still “primarily of men who have sex with men.

“There are a few reports now of cases amongst women…at the moment there is still a window of opportunity to prevent the onward spread of monkeypox in those who are at highest risk right now.”

The “sudden and unexpected” appearance of Monkeypox in these countries suggests that it may have gone undetected for some time, Tedros reiterated.

But he added that the virus could be prevented from establishing itself in non-endemic countries if those who became infected isolated themselves at home, and avoided close contact with others.

To support countries, WHO has issued guidance on surveillance and contact tracing, and laboratory testing and diagnosis.

In the coming days, the agency will issue guidance on clinical care, infection prevention and control, vaccination, and further guidance on community protection, he added.

Last week, WHO hosted a consultation with more than 500 researchers to review what we know and don’t know, and to identify research priorities.

“We’re also working with UNAIDS, civil society organizations and communities of men who have sex with men to listen to their questions and provide information on what Monkeypox is and how to avoid it”, said Tedros.

So far this year, Africa – where it’s endemic in some countries – has seen more than 1,400 suspected cases of Monkeypox and 56 people have died from it.

“This virus has been circulating and killing in Africa for decades”, said Tedros. “It’s an unfortunate reflection of the world we live in that the international community is only now paying attention to Monkeypox because it has appeared in high-income countries.

The communities that live with the threat of this virus every day deserve the same concern, the same care and the same access to tools to protect themselves.”

The number of reported COVID-19 cases and deaths continues to go down, but there’s still not enough testing and widespread vaccination to say the pandemic will be over soon, Tedros told journalists.

The downward trajectory overall, is “clearly a very encouraging trend”, he said, with increasing vaccination rates clearly saving lives, but WHO continues to urge caution.

“Globally, there is not enough testing, and not enough vaccination. On average, about three-quarters of health workers and people aged over 60 globally have been vaccinated. But these rates are much lower in low-income countries.”

He said 68 countries have still not achieved 40% coverage, even though vaccine supply is now sufficient, but paradoxically, the demand in many countries with the lowest vaccination rates is lacking.

“WHO and our partners are working with countries to drive uptake by getting vaccines to where people are, through mobile units, door-to-door campaigns and by mobilizing community leaders”, said Tedros.

“The perception that the pandemic is over is understandable, but misguided”, he added, noting that 7,000 people died due to COVID-19 in the past week.

“A new and even more dangerous variant could emerge at any time, and vast numbers of people remain unprotected”, he warned.

“The pandemic is not over, and we will keep saying it’s not over until it is.”