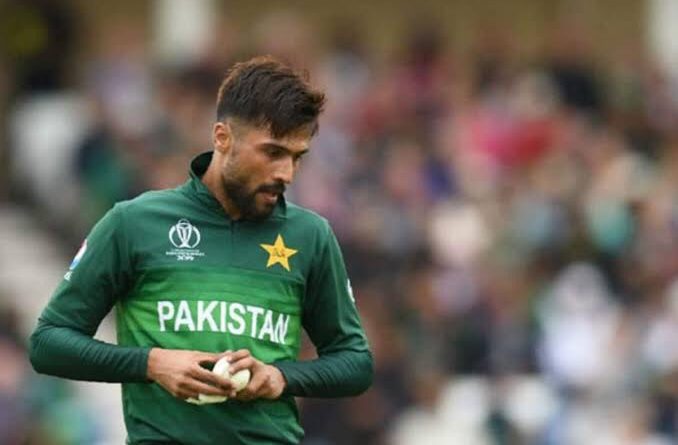 
Former Pakistan speedster Mohammad Amir is reportedly said to take a U-turn on his international retirement. Reports have suggested the player will consider making a comeback from retirement and will play international cricket for Pakistan.

Mohammad Amir announced his retirement from international cricket in December 2020

“I am leaving cricket for now because I’m being mentally tortured. I don’t think I can bear such torture. I’ve borne lots of torture from 2010 to 2015, for which I served my time. I’ve been tortured by being told the PCB invested a lot in me,” Amir said while announcing his retirement from international cricket at the end of 2020.

Misbah and Waqar stepped down from their respective coaching roles with Pakistan national team just a month before the ICC T20 World Cup 2021 in Oman and the United Arab Emirates (UAE). Saqlain Mushtaq was named the interim head coach while former Australian player Matthew Hayden and former South African pacer Vernon Philander were roped in as batting and bowling consultants for the marquee event.

Pakistan Cricket Board (PCB) current chairman Ramiz Raja, who was appointed for the role in September 2021, is likely to step down from the board in the wake of Imran Khan’s ouster as Prime Minister of Pakistan. Raja took the job in PCB on the insistence of the former Pakistan skipper.

According to a report by Samaa TV (English), Amir is considering coming out of retirement in case Raja resigns from PCB’s chair. Amir played 36 Tests, 61 ODIS, and 50 T20 Internationals and picked 259 international wickets across all formats.

Amir was banned from playing cricket for five years after his involvement in the 2010 spot-fixing scandal in England. He returned back to international cricket in 2015 but announced retirement from Test cricket in July 2019.

Also Read: You Are A True Leader Of Upcoming Generation Of Cricket – Mohammad Amir To Virat Kohli