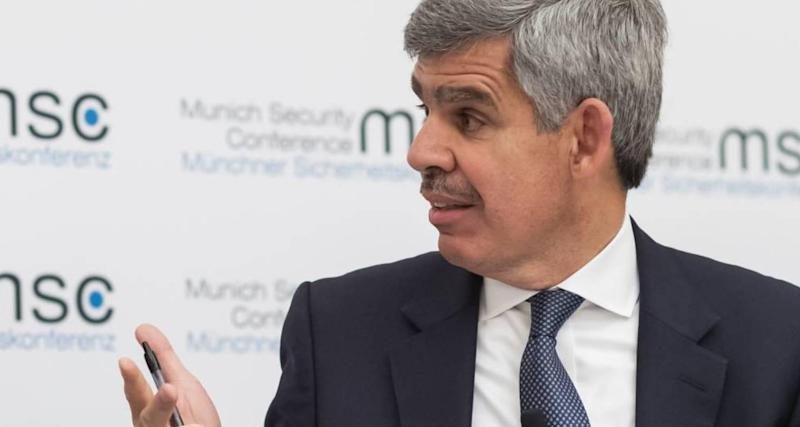 
If a prominent economist is right, the Federal Reserve’s reaction to skyrocketing inflation is going to go down in history — but not in a good way.

The Fed had said for months that inflation was a short-term trend triggered by the COVID-19 pandemic. And while Fed Chairman Jerome Powell recently ditched the “transitory” tag to describe inflation, Mohamed El-Erian, chief economic adviser at asset management firm Allianz SE, says the narrative can still have negative repercussions.

“The characterization of inflation as transitory — it’s probably the worst inflation call in the history of the Federal Reserve,” El-Erian said on CBS’s Face the Nation last Sunday. “It results in a high probability of a policy mistake.”

If the Fed doesn’t act quickly to regain both the inflation narrative and its own credibility, El-Erian warns that the economy could be sent into a recession.

Fortunately, Allianz’s portfolio is stuffed with several inflation-ready stock picks. If you’re looking for a safe way to invest your extra cash, here are three stocks that could keep or grow their value if inflation is here to stay.

It may not get the publicity it once did, but Microsoft’s tech is everywhere. And the company’s cloud computing expertise should allow it to earn a fair chunk of a market that tech research firm Gartner says could grow to more than $360 billion in 2022.

Cloud computing is both the present and future of business. In companies of a certain size, it’s a must; they simply don’t have the option of cutting back on reliable cloud services — and Microsoft’s Azure definitely qualifies — just because inflation is driving prices higher.

In fact, it was growth in Azure revenue that helped Microsoft smash its revenue target by almost $3 billion in the second quarter of 2021. This year, the company’s stock is up 56%.

You might be able to put off the purchase of a new Windows laptop because of higher prices, but thousands of companies running Azure don’t have the same flexibility.

On that note, if today’s high prices are tempting you to stop buying stocks, remember you can always build a portfolio using nothing more than your “spare change.”

Just because prices are going up, it doesn’t mean people have cut back on using PayPal. The online payment leader processed over $1 trillion worth of transactions in the last year, taking a tasty little nibble out of each one.

Inflation is actually great news for PayPal. It can collect higher fees from each payment without having to raise prices on its own.

PayPal has set itself up for long-term success, too. In addition to the 32 million merchants who use its primary services, the company has expanded into credit cards, QR code payments and point-of-sale software, making it a player both on- and offline.

PayPal stock is hovering around $185 a share. That’s down about 20% since the beginning of the year — but if it’s still too pricey, you can always use an app that allows you to buy fractions of shares. That way you can invest with as much money as you’re willing to spend.

And if you’re going to roll the dice on a bank, going with America’s largest isn’t a bad strategy.

JPMorgan just wrapped up a solid third quarter, with a 19% increase in deposits year-over-year, net interest income beating expectations by around $200 million and investment banking revenue up 50% versus the same period last year.

And that was all during a period when interest rates were at record lows. A little tightening by the Fed, and things could be looking even sweeter.

JPMorgan stock has performed well this year — it’s up roughly 30% since the calendar flipped over — so if you’re planning to nab some shares, waiting may not be in your best interest.

Another inflation hedge with growth potential

If rising inflation makes you hesitant about the stock market altogether, it may be time to take a look at a real asset that can generate some real returns.

An investment in productive U.S. farmland could put you on the right side of both rising commodity and land prices. And with the global population continuing to grow, it’s not like the demand for food will decrease any time soon.

Farmland used to be off-limits to the average investor, but not anymore. Thanks to a new investment platform, securing a stake in multiple thriving farms is as simple as planting your money and watching it grow.