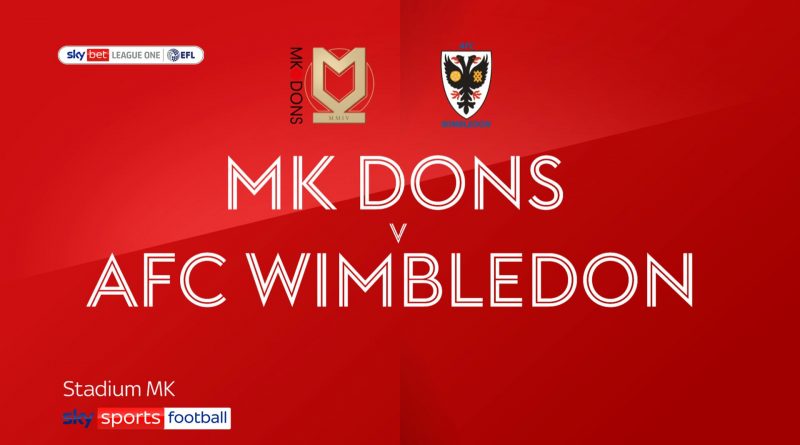 Matt O’Riley’s goal was the difference as MK Dons defeated rivals AFC Wimbledon 1-0 to move into the play-off places in Sky Bet League One.

Liam Manning’s side lifted themselves to fifth in the table while Wimbledon, who had left-back Nesta Guinness-Walker sent off in the first half, remain just two points clear of the relegation zone.

MK Dons led after 29 minutes and it came from Wimbledon goalkeeper Nik Tzanev losing the ball to Mo Eisa out wide, the move ending with O’Riley finding the net from just inside the box.

Wimbledon’s chances were not helped by having Guinness-Walker sent off for a second booking in the 36th minute, following a late challenge on Theo Corbeanu.

Not surprisingly, the hosts dominated the ball against the 10-man Dons, with O’Riley being denied a second when Tzanev held his shot across goal.

Tzanev got down well to stick a foot out to save from Scott Twine with 12 minutes left before Cheye Alexander’s thunderbolt almost snatched a point for Wimbledon in stoppage-time but it whistled narrowly wide.