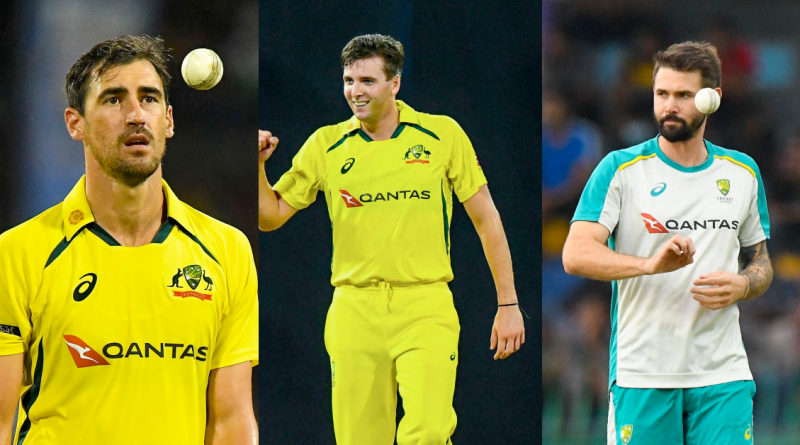 Jhye Richardson was initially included only in Australia’s T20I squad for the Sri Lanka tour and after his promotion to the ODI squad, Nathan McAndrew will join Australia A squad as his cover.

Pacer Kane Richardson was also not included in the ODI squad for the Sri Lanka series and he was called up on Friday as an additional bowling cover for the first two ODIs, which will be played on June 14 and 16.

Meanwhile, Mitchell Starc had suffered an unusual injury during the first T20I against Sri Lanka as he sliced his index finger on a spike from his bowling shoe.

Although he completed his four-over quota in the match with his lacerated finger taped up, he has since had six stitches inserted.

Cricket Australia is confident that the left-arm pacer will recover and be fully fit for the Sri Lanka Test series and CA is also expecting Starc to be part of the last few ODI games of the five-match series.

“(He) will continue to train with the squad in Sri Lanka and potentially return during the ODI Series. His recovery time is unspecified but anticipated to be a minimum of seven days,” CA said in a statement.

While talking about Starc’s injury, pacer Josh Hazlewood said that the injury was a strange one.

“It was a strange one. Once his left leg came back through, he clipped it on the spike, so he’s got a little cut on his bowling finger,” Josh Hazlewood told cricket.com.au of Starc’s injury.

“It was a crazy thing to come back out and finish his spell and take three wickets as well,” said David Warner.

Meanwhile, Mitchell Starc currently has 195 wickets in 99 One Day Internationals and he is on the verge of breaking Saqlain Mushtaq’s record of the fastest bowler to pick 200 ODI wickets.