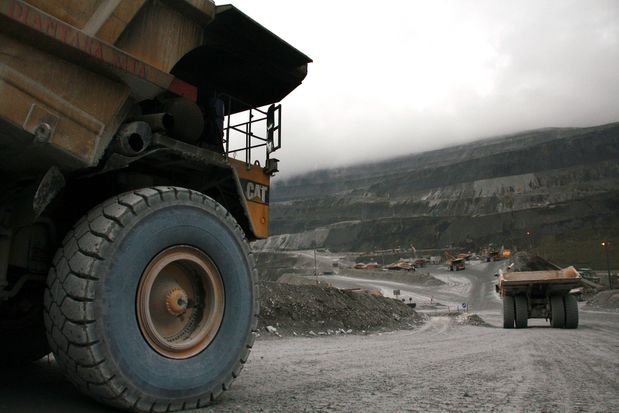 
Investors have been waiting months for mining stocks to regain their mojo. That time may be at hand.

On the surface, the

This year has started off with a bang, too. Concerns about inflation, which hit a nearly 40-year high in December, and tighter monetary policy have pushed investors out of growth stocks and into value, and mining stocks have been among the beneficiaries. The Metals & Mining ETF has gained 5% during the first two weeks of 2022 to $46.98, near its previous highs.

Now the stocks just need to head higher. They certainly have momentum. V22 market technician John Roque notes that of the 15 stocks and ETFs that he follows, just one,

(RIO), has a neutral technical score, while 14 rate Good/Strong. None has a weak score. “The message here is consistent with our theme of focusing on commodity-related equities because if we’re not focusing on them in a commodity bull market, when would we?” Roque asks rhetorically.

And commodities really do look like they are in a bull market. Copper prices, for one, rose 0.2% this past week, their fifth gain in six weeks, and closed at their highest level since October, a good sign for the economy in general and mining stocks in particular.

(FCX), which reports on Jan. 26. It should announce earnings before interest, taxes, depreciation, and amortization, or Ebitda, of $3.24 billion, above consensus forecasts for $3.1 billion, writes RBC analyst Sam Crittenden—though higher costs and Covid disruptions could offset some of the price gains.

The big risk comes from China. The world’s second-largest economy is sputtering, thanks to continued Covid lockdowns and general malaise. But Chinese policy makers are starting to take action—the People’s Bank of China released $188 billion of reserves into the banking system last month—and a recovery could begin in the first or second quarter of the year, writes Jefferies analyst Chris LaFemina. “We believe most mining shares will perform well over the next year,” he concludes.

Freeport, at $44.08 a share, could be a big winner. While it is likely to beat earnings and Ebitda estimates, it trades at just 9.8 times 12-month forward earnings, well below its five-year average of 14.4 times. But more than that, it has gone from being cash-strapped to having a solid balance sheet.

That has allowed Freeport to plan for a 30-cent variable dividend per share on top of its regular dividend of 30 cents and to buy back $3 billion in shares—and still have enough cash left for mine maintenance, growth, and a solid balance sheet.

Vertical Research Partners’ Michael Dudas calls it one of his preferred stocks. It’s one of ours, too.

Write to Ben Levisohn at Ben.Levisohn@barrons.com