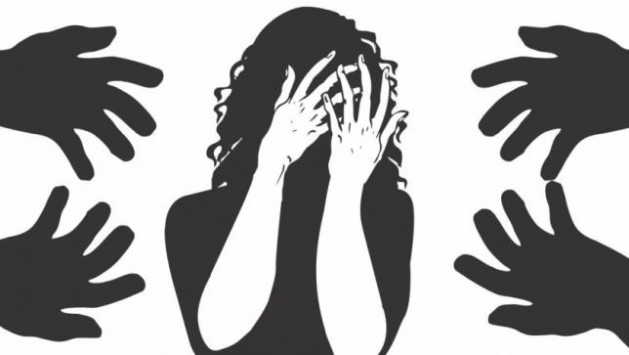 MADRID, Oct 13 (IPS) – A common feature to religions – including the monotheistic ones – is that groups of males have self-proclaimed themselves as the source for interpreting the “Word of God,” shaping them, and spreading them among the peoples of good faith.

Consequently, any given “god” has been historically presented as a man. And some say that God created the first woman (Eve) from the rib of a man (Adam). According to this, women are just a “sub-product.”

This way, the Taliban in Afghanistan –and their influence in other Muslim neighbouring countries like Pakistan–, the Boko Haram in Nigeria, the Shabab in Somalia, the Jihadists in the Middle East, just to mention some, continue to subject women to all sorts of brutality.

But such acts of male dominance are not limited only to Muslim societies. Indeed, women were seen as creators with no soul by some Christian male leaders during the decades of mediaeval times.

Even in modern times, girls and women are exploited, abused, raped and also killed in Christian majority States.

Now, the rising right and far-right parties in all societies, including and perhaps above all in the Western ones, are steadily heading to abolishing girls’ and women’s basic human rights.

Additionally, in all patriarchy-dominated societies, women continue to be major victims of brutality: violence, stereotypes, exclusion, and discrimination.

Tragically, it is also the case for girls.

In fact, every day, hundreds of thousands of girls around the world are harmed physically or psychologically…

See just some of the facts that have been exposed on the occasion of this year’s International Day of the Girl Child on 11 October, among other sources:

In short, today’s more than 1.1 billion girls are poised to take on the future. Every day, girls are breaking boundaries and barriers, tackling issues like child marriage, education inequality, climate justice, and inequitable access to healthcare.

In view of the above-mentioned facts and many others, gender violence starts in childhood. Still, not enough is done to prevent violence, and when it does occur, it often goes unpunished.

No wonder then that the future of women is grimy. UN Women warns that 1 in 3 women worldwide experiences physical or sexual violence, mostly by an intimate partner.

And that violence against girls and women is a human rights violation, and that the immediate and long-term physical, sexual, and mental consequences for women and girls can be devastating, including death.

Also, that violence negatively affects women’s general well-being and prevents them from fully participating in society. It impacts their families, their community, and the country at large. It has tremendous costs, from greater strains on health care to legal expenses and losses in productivity.

The gendered impacts of climate catastrophe

Meanwhile, the impacts of the major threat to the present and future of Planet Earth: climate change, hit girls and women the most.

In her 5 October 2002 report to the UN General Assembly, she launched this alert: climate change is the most consequential threat multiplier for women and girls, with far-reaching impacts on new and existing forms of gendered inequities.

The cumulative and gendered consequences of climate change and environmental degradation breach all aspects of the rights of women and girls, said Reem Alsalem.

“Climate change is not only an ecological crisis, but fundamentally a question of justice, prosperity and gender equality, and intrinsically linked to and influenced by structural inequality and discrimination.”