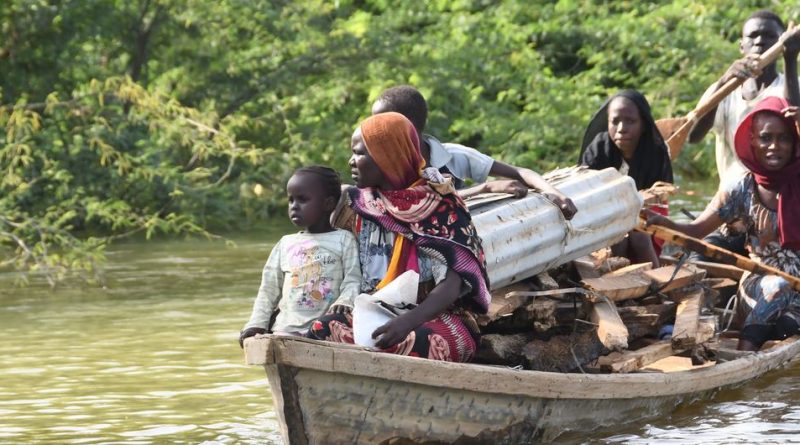 The alert comes amid the worst floods in a decade, which have swept across Nigeria, Chad, Niger, Burkina Faso, Mali and Cameroon.

UNHCR spokesperson Olga Sarrado said that hundreds of people had died in Nigeria, where floodwaters in the northeast swept through sites for internally displaced people and host communities in Borno, Adamawa, and Yobe States.

Ms. Sarrado added that temperatures in the Sahel are also rising 1.5 times faster than the global average:

More than 1.3 million people have been displaced so far in Nigeria and 2.8 million have been impacted by flooding, with farmlands and roads submerged.

In Central Sahel countries – Niger, Mali and Burkina Faso – above-average rains and flooding have killed hundreds, displaced thousands, and decimated over one million hectares of cropland.

“Countries and communities on the frontlines of the climate crisis need urgent support and financing to build defences, to adapt, and to minimize the most harmful consequences.”

To help those most in need in West and Central Africa, UNHCR appealed to all donors for urgent support, as its humanitarian operations are “dangerously and chronically underfunded”.

Beyond the Sahel, she reminded that we are witnessing the worst drought in 40 years and the threat of famine in the Horn of Africa, a devastating cyclone season in Mozambique, and historic floods for a fourth consecutive year in South Sudan and Sudan.

“Extreme weather across the African continent in 2022 has killed hundreds and forced millions to flee their homes”, she told journalists.