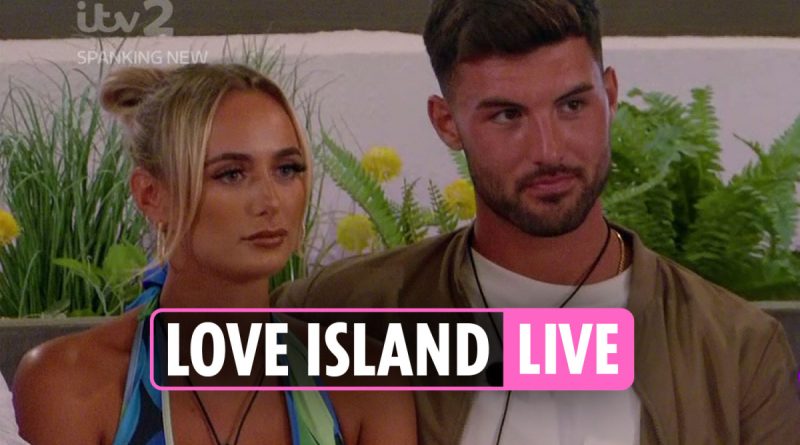 
Love Island’s Millie hast taken Liam back after he declared her a ‘potential soulmate’ on Tuesday’s show.

The girls were in the driver’s seat in the latest recoupling ceremony – and after a lot of turmoil the girls made some surprising choice..

Although Liam and Millie were officially a couple, she called time on their romance after chatting to Lillie about what really went down in Casa Amor.

Millie learned that her man had kissed Lillie three times and tried to get cosy with her in bed. As a result, she’s kicked him out of HER bed.

But decided to take him back after a series of grand gestures including a gushing speech in front of ALL the Islanders.

Meanwhile,  Kaz chose to stick with Matthew over recoupling with her former flame Tyler – after having fallen out with him big time.

Tyler wanted to keep his options open with both Kaz and Clarisse…and neither are too impressed.

Kaz decided to choose Matt because he was “trustworthy”, and even gave Tyler a little wink as Matt came to sit with her by the fire pit.

Finally, Toby has decided he wants to get back with Chloe following a massive U-turn. First he wanted Abi, then Mary and now Chloe again.

And Chloe could not resist his indecisive charms.

One couple who seem to have found their happy-ever-after is Faye and Teddy, who are back in each other’s arms following their Casa Amor hiccup.

Amy and Hugo remained together, as did Jake and Liberty, while Clarisse chose to stay with Tyler after Kaz dumped.

Other new couples included, Abi and Dale and Mary and Sam.