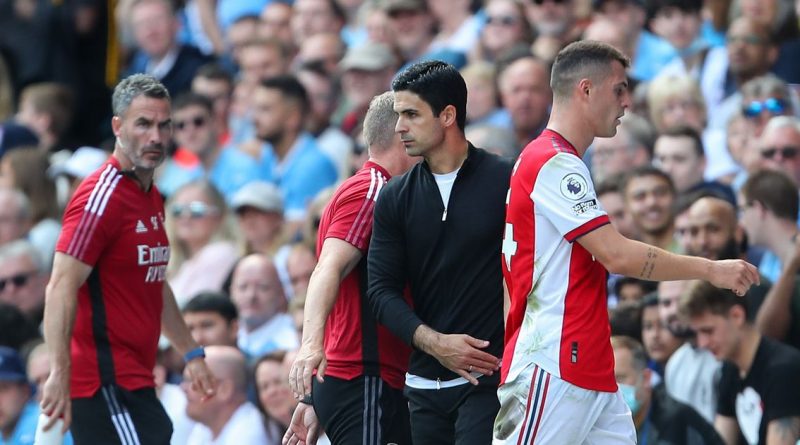 Willian opens up on Arsenal exit after joining Corinthians

Former England batsman Mark Ramprakash reckons Mikel Arteta should have blanked Granit Xhaka as he was sent off against Manchester City – instead of “patting him on the back”.

The Swiss midfielder let his side down against Pep Guardiola’s men as he was shown a red card for a high challenge on Joao Cancelo as the Gunners ended up losing 5-0 at the Etihad.

The result means Arsenal now sit at the foot of the Premier League table with three defeats from their first three matches and no goals scored.

And Arsenal fan Ramprakash has pointed the finger at Xhaka for his dismissal against City but feels Arteta should have ignored him as he came off the pitch to show the fans that it isn’t acceptable behaviour from one of Arsenal’s senior players.

Should Mikel Arteta have blanked Granit Xhaka as he was sent off against Man City? Comment below

“I think that’s where Arteta has got to start showing the team he’s moving forward. Hopefully that’s by winning matches, but can you go away from home and defend well? We’re not seeing enough of that. I also think he made a mistake as a manager because, when Xhaka walked off I think he patted him on the back or something.

“Along with the contract extension, I think for a lot of fans that sticks in the throat. You’ve got to be careful as a manager. Does that deserve a pat on the back? I know he wasn’t condoning it, but you have to outwardly portray to the fans and other players that it’s not acceptable. Once you get a man sent off, it’s very difficult to win the game.

“As a manager, as a coach, I think the selection was interesting, but I think the reaction to Xhaka… I’d like him to be a bit stronger and blank him as he comes off, and let everyone know, including him, that for Arsenal that standard…