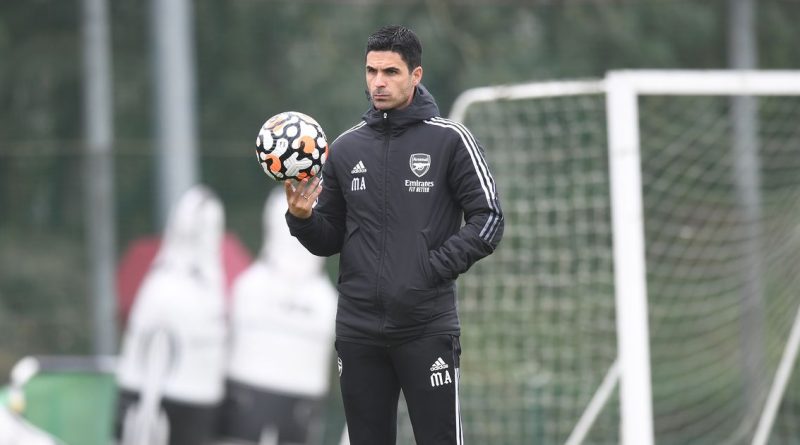 
The average age of the Arsenal starting line-up is the youngest in the Premier League this season, with the leadership group Arteta has available also having a youthful look

Arteta responds to being named September’s manager of the month

Mikel Arteta has been handed a simple transfer choice which will see the Arsenal boss able to add to the youthful leadership group he currently possesses at the Gunners.

But further down the pecking order, the Gunners are on the youthful side, with the average age of their starting line-up being the youngest in the Premier League so far this term.

With Aubameyang’s contract expiring within two years and Xhaka failing to convince, Arteta is in need of leaders among his young stars.

One man he could possibly draw on to help to boost that leadership group is William Saliba, who is currently impressing for Marseille.

Saliba was allowed to leave the Emirates Stadium for the south of France on loan in the summer transfer window.

He quickly established himself in Jorge Sampaoli’s team, starting nine of their 10 fixtures heading into last weekend’s international break.

The 20-year-old has impressed despite playing in an unfamiliar 3-4-3 formation, with his performances leading many to question why Arteta was reluctant to include him in his plans.

Should Mikel Arteta bring William Saliba back into his Arsenal plans? Granit Xhaka.

Those displays, in which Marseille have kept three clean sheets, saw him called up to the France Under 21s squad for their recent European Under-21 Championship qualifiers.

In playing for the Les Bleus youngsters, Saliba demonstrated his leadership abilities, being named as captain for the wins over Ukraine and Serbia.

Those leadership abilities have been clear for some time, with Adrian Ursea, who managed Saliba during his loan spell at Nice last season, hailing the defender.

“He is already a leader. William gives a lot of personality. This assurance can be seen from the videos that we have watched with him and we can see it daily,” Ursea said last season.

“It is true that from the perspective of a young player who has arrived, to lead the defence like that already in the manner he has done is surprising.

“You have to understand that this also surprised me. You get the impression that he has been here for a while.

“He is going to help his team-mates, he is very interested in the game and he gives off a lot of maturity.”

Arteta will do well to heed the advice of Ursea, with the Spaniard having reportedly been ready to allow Saliba to depart the Gunners permanently.

But the Arsenal boss now has a choice to make, with Saliba clearly deserving of being added to the youthful leadership group at the Gunners.

Saliba has just two years remaining on his current contract, with an extension needed to be agreed soon in order to protect his value.

The defender should once again start on Sunday when Marseille host Lorient, with a win taking them into the top four of Ligue 1 if other results go their way.

If he does indeed play, it should give Arteta even more evidence that he should reverse his current view that Saliba is surplus to requirements.