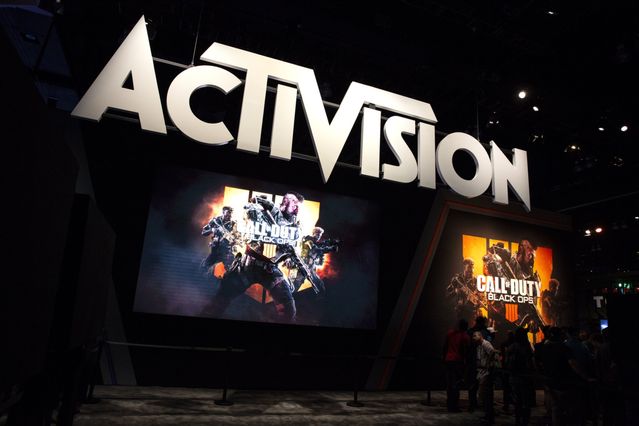 ‘s announcement that it would acquire the gaming company in a nearly $70 billion deal.

) for $95 a share in an all-cash transaction valued at $68.7 billion, including Activision Blizzard’s net cash. The acquisition is Microsoft’s largest transaction ever.

“Gaming is the most dynamic and exciting category in entertainment across all platforms today and will play a key role in the development of metaverse platforms,” said Satya Nadella, Microsoft chairman and CEO, in a press release Tuesday.

The deal accelerates Microsoft’s growth in the gaming business across mobile, PC, console, and cloud gaming, making it the third-largest gaming company by revenue behind

“We believe that gaming is one of the key ‘next gen’ growth drivers for Microsoft and adding ATVI catapults Microsoft’s gaming strategy to the front of the pack in terms of both having the requisite cloud infrastructure to support new gaming paradigms,” wrote Evercore ISI analyst Kirk Materne in a research note.

“For the most part, this is a metaverse play, but I don’t think that MSFT would discount the collateral damage to

regarding Xbox potentially having all the rights to the Call of Duty franchise – one of the few holy grails in video gaming franchises,” said David Wagner, equity analyst and portfolio manager at Aptus Capital Advisors.

Current Activision CEO Bobby Kotick will remain CEO of the company, and once the deal closes, the business will report to Phil Spencer, CEO of Microsoft Gaming.

“Extending our horizon a bit, this transaction will make our approach to the consumer metaverse even stronger,” Spencer said in a call with investors on Tuesday. “That’s because our vision of the metaverse is based on intersecting global communities rooted in strong franchises. A big part of that is the fact that mobile is the biggest category of gaming, and it’s an area where we’ve not had a major presence before.”

The acquisition is subject to closing conditions and regulatory and shareholder approval, and is expected to close in fiscal 2023, the company said. While there may be some regulatory hurdles to clear given the size of the acquisition, Ives expects the deal to ultimately close, as Microsoft isn’t under the same scrutiny as some of its tech rivals, Ives wrote Tuesday. Ives said the deal is the largest merger and acquisition deal in tech history.

Activision Blizzard stock was up almost 30.6% Tuesday to $85.40. Trading was briefly halted following news of the acquisition. Shares of Microsoft were down 0.5% to $308.63. Gaming companies

Shares of Activision Blizzard have been down nearly 30% since July, when California regulators filed a lawsuit against the company alleging sexual harassment and gender pay disparity among its employees by fostering a “pervasive ‘frat boy’ workplace.” The Wall Street Journal later reported that CEO Kotick failed to inform the board of directors about some misconduct reports, including instances of alleged rape.

In a statement, Activision Blizzard said it was “disappointed in The Wall Street Journal’s report” and characterized the story as misleading. (The Wall Street Journal and Barron’s are both owned by News Corp.) Kotick echoed that sentiment in a video message to employees, adding that the company has taken steps to improve and will continue to do so.

Going into the next year, Microsoft will likely push the allegations to the background while focusing on the content that Activision Blizzard provides, said Aptus’ Wagner.

Write to Sabrina Escobar at sabrina.escobar@barrons.com