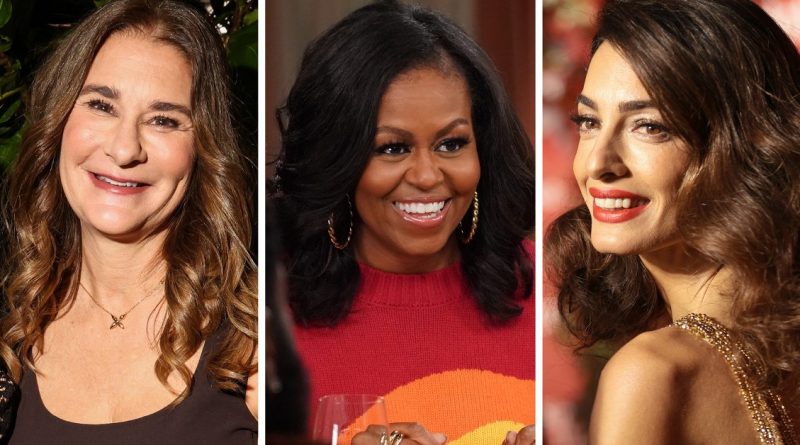 
Michelle Obama, Melinda French Gates, and Amal Clooney appeared on stage together for the first time ever in New York City on Oct. 25 at an event in support of the Obama Foundation’s Girls Opportunity Alliance’s Get Her There campaign. There, the three women—each of whom has a foundation that bears her name—announced they would collaborate on efforts to advance gender equality and end child marriage.

The Girls Opportunity Alliance, founded by the former First Lady, is a network of community-led organizations that focus on the education and empowerment of young girls in developing countries and the U.S. It launched Get Her There on Oct. 11 as a global call to action to empower and educate adolescent girls around the world.

Speaking on Tuesday, the women noted a rollback of progress in gender equity in recent years that had afflicted not just young women in poorer countries, but much closer to home. “This issue is personal to me,” said Obama. “I have always seen myself in these girls.” She recalled her own childhood: “I knew I was smart. I knew I was capable. But I also knew that I lived in a community that wasn’t necessarily willing to invest in my greatness. So we have to change that paradigm and we have to do it fast. Because when girls don’t learn we all suffer.”

Clooney, a co-founder of the Clooney Foundation for Justice, noted that more than 100 million girls were out of school, and 10 million a year were being forced into marrying too young. “Who knows how many of the 10 million could have gone on to find the cure for cancer or lead a country?” she asked. “And then it’s the next generation. What kind of mother can [a woman] be if she has five or six kids by the end of her teens?”

Obama spoke of her own self-doubt and said it persisted to this day. “Society intentionally does that to women and girls. It starts at a very early age,” she said. “There are people with power who want us to stay small, they want us to stay doubtful.”

French Gates, co-chair of the Bill & Melinda Gates Foundation, said that girls need to know it’s fine for them as adults to marry or not, to have children or not, and to work outside the home or not—but, crucially, it should be up to them. “One of the shared values that we have on stage is, how do we make sure that girls become the women they want to be?” she said. “And when we get them fully to where they want to be in society, they will actually change society at large.”

Through the collaboration, the three women will participate in joint advocacy and work together to scale and expand each organization’s programming around the world. “I am so grateful that Melinda and Amal—two of the world’s most compelling and influential leaders for gender equity—are teaming up with the Girls Opportunity Alliance to help remove the barriers that stand in the way of every girl getting the opportunities she deserves,” Obama said.

The triumvirate’s appearance was kept quiet ahead of time with most media being told only that French Gates would be present. They shared some family anecdotes with Clooney saying that her 5-year-old son recently drew a prison and announced it was for Russian President Vladimir Putin, and French Gates recalling that one of her daughters had—at a similar age—told a doll that she was going to look after it, because it had HIV/AIDS.

Read More: How We Chose the 2022 Women of the Year

In a room dominated by donors, the former First Lady told guests that despite the firepower on stage, they still needed financial or popular support. “I don’t want you to look upon this stage and say, ‘Oh, Michelle, Amal, oh, they got it,” Obama said. “This issue is complex. We do not have it. We’re not here because we’ll fix it and you guys can just go about your merry way. We are living through that kind of apathy, complacency, and lack of engagement.”