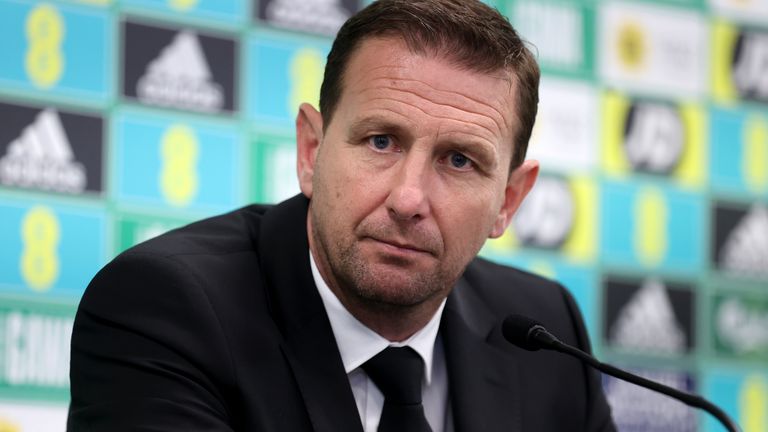 
The Irish FA is close to agreeing a deal for Michael O’Neill to return as Northern Ireland manager on a long-term contract.

It follows weeks of talks with the former Stoke City boss, who was the No 1 target.

His first game is expected to be away to San Marino in a European Championship qualifier on March 23 followed by a return to Belfast as they host Finland three days later.

Former Northern Ireland manager Ian Baraclough was sacked in October after narrowly avoiding relegation to the bottom tier of the Nations League.

Baraclough lost 14 of his 28 games in charge, beating only Lithuania, Kosovo, Estonia, Malta and Luxembourg during his two-year reign.

A second spell in football management at one club or association can be frowned upon but Northern Ireland only had eyes for O’Neill.

Having qualified for Euro 2016 and coming agonisingly close to reaching the 2018 World Cup, the former Stoke boss is the appointment they wanted from the moment Ian Baraclough was dismissed.

With several senior players considering their international future, O’Neill is the man who can bring the group together and get them back on track.

It won’t be an easy challenge. They don’t have as much experience and depth in defensive positions compared to when he first arrived in 2012, and they still struggle to score goals.

However, if the first spell is anything to by, O’Neill tends to field organised teams who will be hard-working and inventive from set-pieces.

He also put many of the structures in place during his first spell that have helped show young players there is a pathway to senior international football.

As a Pot 5 seed in the Euros draw Northern Ireland could have been matched with much worse. They were drawn with Denmark, Finland, Slovenia, Kazakhstan and San Marino and avoided much bigger nations.

It won’t be easy but, as O’Neill works closely with new technical director Aaron Hughes, high standards will be set and there will be a clear plan. The buzz will soon be back in Northern Irish football.