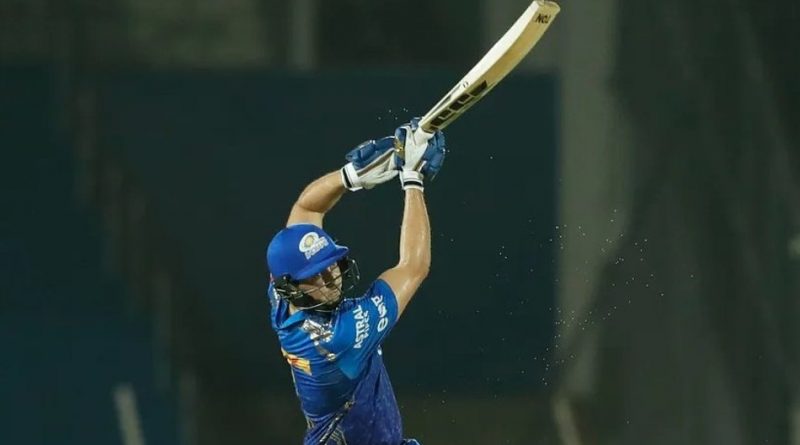 
Mumbai Indians (MI) batter Tim David asserted that the team environment has been healthy in their last four games of IPL 2022.

The five-times IPL winners suffered one of their worst campaigns in the history of the tournament losing first eight matches on the trot.

Rohit Sharma and his men became the first team that bowed out of IPL 2022 owing to their dismal performance.

There has been a good feeling in the team since last four games: Tim David

MI won its first game of the season against Rajasthan Royals on April 30 and followed it with a thriller win against table leaders Gujarat Titans.

In their last match, MI beat rivals CSK by five wickets to end their hopes of making the cut for the playoffs.

David, who played an important role with the bat in all three wins, said the they have played great cricket since breaking the jinx.

“Kind of felt like the season didn’t really start for us till we got that first win. Since then, we have played some really good cricket. We have won three of our last four games and there has been a good feeling in the team,” David said on Monday.

“I spend a lot of my time in the nets trying to hit sixes: Tim David

David has scored 106 runs in six innings this season so far at a strike rate of 185.96. The Singapore-born player was unbeaten on 44 (two fours and four sixes) against Gujarat Titans to power MI to 177 in the first innings.

David smashed 16 runs in seven balls as he clobbered two sixes off Moeen Ali to take MI past the finishing line after the team struggled in the low-score chase.

“I spend a lot of my time in the nets trying to hit sixes. I think it’s about putting pressure on the bowler and recognizing the right situations when you can try that in a game,” David said.

“There might be different pitches, or grounds that suit power-hitting off particular bowlers. You have got to pick those moments, and also you have got to be aware that it’s not going to come off all the time, and batting in the middle-order can be risky,” he added.

MI will take on Sunrisers Hyderabad on Tuesday (May 17) at their home venue – Wankhede Stadium.

Also Read: MI vs SRH: Umran Malik Seems To Be A Quick Learner And A Very Hard Worker – Ian Bishop