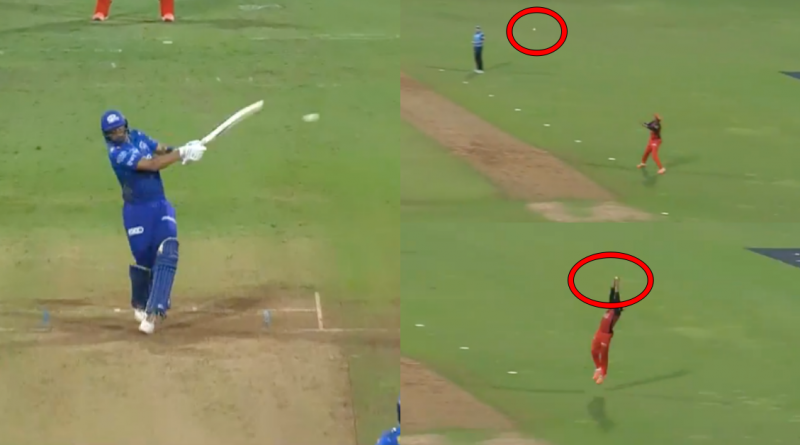 
Mumbai Indians (MI) experiment with the batting order failed to work as Daniel Sams was dismissed after a brief cameo in their game against the Sunrisers Hyderabad (SRH) on Tuesday.

Being set a target of 194 at the Wankhede, MI got off to a great start courtesy of Rohit Sharma. He looked fluent and scored 48 before falling to Washington Sundar. When their 95-run partnership came to an end, Ishan Kishan also lost focus and fell.

Sams, who was promoted up the order, attempted to play risk-filled strokes from the get-go. He smashed a 98-m six off Sundar but he failed to deal with the pace of Umran Malik.

The 23-year-old pacer from Srinagar used the short-ball ploy and rushed Sams. He tried to hook but got it off the top half and Priyam Garg ran backward before grabbing onto the ball with both hands.