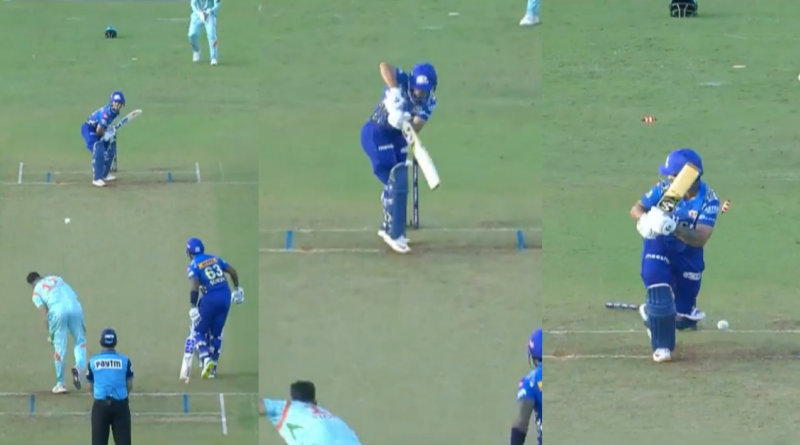 The first game of the doubleheader got underway with LSG batting first. KL Rahul smashed a brilliant century off just 56 balls to take his side to a sturdy total of 199. The returning Manish Pandey also contributed with a quickfire 38.

In response, Mumbai lost Rohit Sharma early once again. Dewald Brevis once again showed why he is a talent for the future with a brisk 31. After he fell, it was up to Ishan to continue but the left-hander was undone by Stoinis.

Stoinis bowled a good length ball with Ishan trying to guide it onto the leg side. Unfortunately, he only managed an inside edge that crashed into the leg stump to end his knock prematurely.