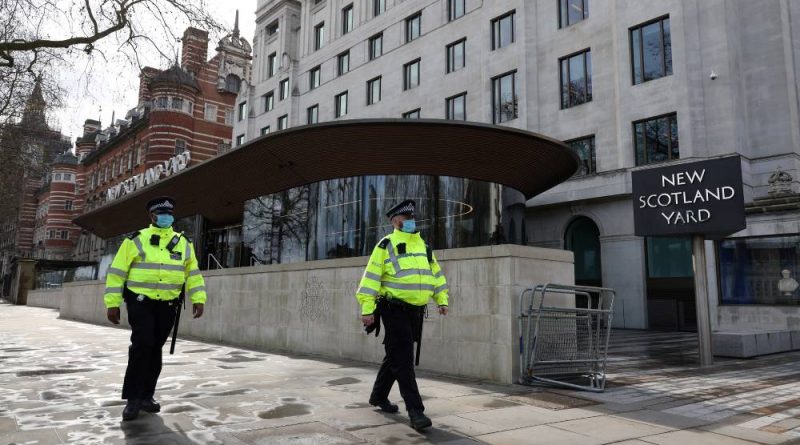 A Metropolitan Police officer who sent homophobic content in an email to dozens of colleagues will still be able to keep his job.

The Met said in a statement that PC David Bewick, who is attached to the London force’s Central South Command Unit, was given a final warning following a misconduct hearing Thursday (26 August).

Bewick was found to have breached the standards of professional behaviour in respect of authority, respect and courtesy, discreditable conduct, duties and responsibilities and equality and diversity.

On 13 October 2019, while on duty, Bewick sent an email and attachment containing homophobic content from his work account. The Met said the email was sent to 55 colleagues within the organisation.

The matter was reported to the directorate of professional standards (DPS) on 30 October. Bewick was placed on restricted duties while an investigation was carried out, and he has now been given a final written warning.

Chief inspector Matt Cox of the DPS said the Met will not “tolerate the sharing of any material that could be deemed discriminatory”. Cox added that it was “especially shocking” that the Met systems were used to spread homophobic content.

“We expect all of our officers to uphold our high standards of behaviour and will take action when those standards are not met,” Cox said.

London is seeing a worrying uptick in homophobic violence

In June, a gang befriended a couple only to brutally attack one of them in an “extremely violent” homophobic incident outside the Centrals Bar and Lounge in Sutton. The Metropolitan Police Service said a group of men approached the couple and invited them to their table.

The group were initially welcoming but then began making homophobic comments. Later in the evening, the victim left the pub alone, and the same group of men hurled homophobic insults at him and punched him in the face.

The victim, in his 40s, was left with injuries on his face and head and was hospitalised.

A London woman was brutally assaulted and left “barely” able to breathe after she bravely defended her friend from homophobic abuse in July.

The unnamed victim told MyLondon that she was taken to hospital following an attack by three men in Blondin Park. She reportedly suffered a swollen lip and broken nose.

Her friend, explained in a video on TikTok that they were walking through the park when a group of men hurled homophobic abuse towards them. When the woman stood up for her friend, one of the men “ran at her, grabbed her by her hair, kicked her and punched her in the face so hard that he broke her nose”.

Kankanamalage, also known as Roy, was a gay man who had lived in Tower Hamlets “for many years” before he was fatally injured earlier this month.

The police said the London cemetery killing is being treated as a homophobic hate crime and advised locals to “prioritise their personal safety” in the Tower Hamlets area.