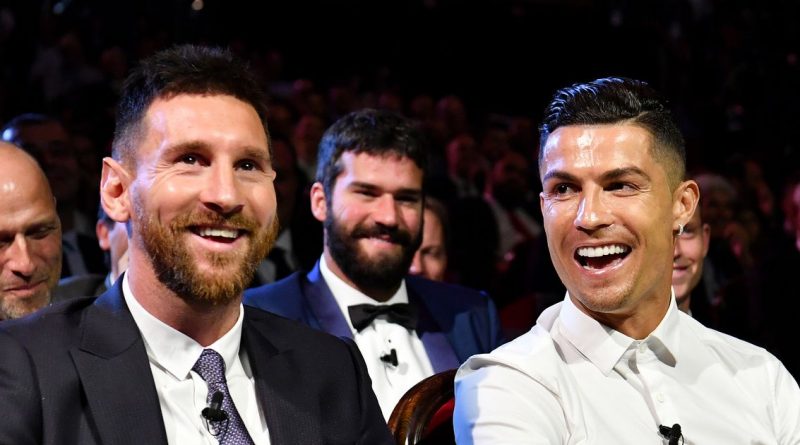 
If Covid had caused a multi-billion-pound financial ­crisis within football, and clubs had been cautious in the last two windows, this window has seen a ­return to the spending of the past

It is a ­transfer window that will surely go down as the most ­spectacular in history.

The two biggest players on the planet – ­Cristiano Ronaldo and ­Lionel Messi – both completed moves, while Premier League clubs have broken spending ­records.

Football has pressed the reset button.

It has gone back to the pre-pandemic mega-deals, and the reality is fans are reveling in the excitement of a ­summer full of incredible signings, sagas and ­spending.

Manchester City smashed the British ­transfer record with their £100million deal to sign Jack Grealish from Aston Villa. It had been ­previously held by ­Manchester United’s £89m purchase of Paul Pogba in 2016.

Chelsea spent £97.5m on Romelu Lukaku to make him the most expensive player of all time – £288m, when you add up all his combined transfer fees.

But even that will be usurped if Kylian Mbappe does complete arguably the most ­sensational ­international move of all – a £150m shift from Paris Saint-Germain to Real Madrid.

Even Arsenal have got in on the act, as the perennial transfer cheapskates ­suddenly became big spenders, by splashing out £140m on deals for Ben White, Aaron Ramsdale, Martin Odegaard, Albert Sambi Lokonga, and Nuno Tavares.

Make no mistake. If Covid had caused a multi-billion-pound financial ­crisis within football, and clubs had been cautious in the last two windows, this window has seen a ­return to the spending of the past.

At least that is the story in the Premier League ­because, having spent just £70m in January, the 20 clubs have splashed the cash and it is ­already over ­£1billion… with more certain to f­ollow today.

So much for ­football pleading poverty, wage ­deferrals and pay cuts, the Premier League is bucking the trend. The rest of Europe has been largely cautious whereas English football looks awash with cash.

That, of course, is at odds with teams outside of the promised land in the EFL, grassroots football and ­beyond.

The Government ­intervened last year in the battle between the haves and the have-nots – and while the rest of football struggles, the Premier League has never had it so good.

Spain has generally ­struggled to buy players, Serie A clubs have ­tightened their belts, the Bundesliga has been cautious, and yet the Premier League is on a different path altogether. And no one can deny that Ronaldo and Messi have set the pulses racing again.

Messi’s move from ­Barcelona to PSG was one of the most incredible transfers football has ever seen because of the sheer drama – one of the best players of all time somehow being allowed to leave the Nou Camp on a free.

Argentina superstar Messi left in tears, arrived full of smiles, and his move signals a power shift in Champions League terms because Barcelona look like also-rans while PSG are ­expected to win the trophy and are red-hot favourites.

For years the ­rivalry between Ronaldo and Messi has been so ­entertaining in the debate over which player is the best of their era.

It was almost as if Ronaldo could not bear to be outdone, could not bear for Messi to steal the headlines, so had to force an even bigger story with his return to Manchester United.

Even at 36, Ronaldo is still a phenomenon.

He scored 29 goals for ­Juventus last season, ­outscoring Lukaku, and his move is the biggest and most ­exciting of the lot.

But this window has been a game changer.

Maybe the big clubs knew they had to win back the fans after the European Super League fiasco.

And they have certainly spent like there is no ­tomorrow.