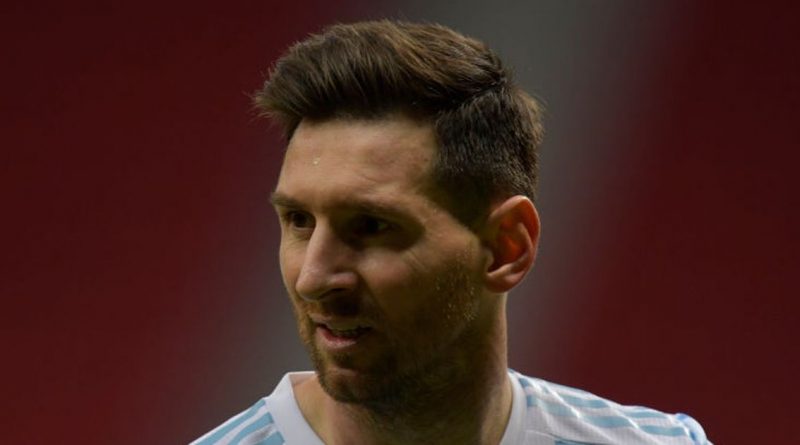 Messi trains with Argentina ahead of World Cup qualifiers

The Argentine skipper, 34, has accused the Brazilian official of making the game difficult on ‘purpose’ in an extraordinary rant.

Shortly after the victory, Messi wrote on Instagram : “A tough game, difficult to play. A lot of wind, they all behind leaving few spaces.

“The referee whenever he directs us does the same, it seems that he does it on purpose. But hey, three important points that bring us closer to the goal.”

Sampaio, 39, is an experienced official and has been on Fifa’s list of international referees since 2013.

He took charge of two of Argentina’s Copa America fixtures earlier this summer, both finishing in wins for Messi’s team.

Argentina enjoyed 68 per cent of the possession and got over the line thanks to a first-half goal from Inter Milan forward Lautaro Martinez.

Messi’s country have endured a tricky international break, hammering Uruguay 3-0 but failing to beat struggling Paraguay in a goalless draw.

Argentina are now on 25 points, nine clear of Uruguay in fifth with seven games to go. The top four teams will automatically qualify for the World Cup in Qatar.

Argentina manager Lionel Scaloni told the press: “The team did not regulate, surely not. It was a very important game and there was tension for that.

“I do not think that Argentina has settled for the result. Peru plays well, it is a very difficult opponent. Beyond the penalty play, I think the game was controlled.

“Today we felt a bit tired, playing a triple date in South America is exhausting. We took it forward and took the points, which is what we wanted.”

Thursday evening was not the first time Messi has openly criticised a referee.

After Argentina’s Copa America semi-final defeat to Brazil in 2019, the forward raged at Ecuadorian official Roddy Zambrano for not awarding his team a penalty when the score was 1-0.

Was Messi right to criticise the referee on social media? Comment below and let us know

Messi said: “Brazil were not better than us. They found the net early and the second goal came from a penalty they didn’t award.

“The officiating was crazy. There were clear penalties, on [Nicolas] Otamendi, on Kun [Sergio Aguero]. He was on their side. In every divided ball or dispute, he went their way.

“It’s not an excuse, but the truth is that, in this Copa, they kept on blowing for stupid things, for handballs, penalties.

“But they didn’t even go to VAR when there were clear plays that should have been looked at.”