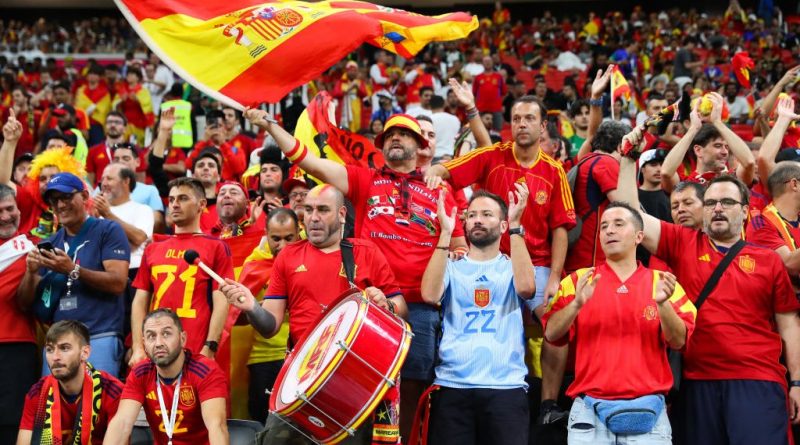 
Footage of maskless fans packed into Qatar’s stadiums for the World Cup is putting China—facing rising discontent over its continuing strict Covid protocols—in a bind.

Footage reviewed by Bloomberg News and shared on social media appear to show state broadcaster China Central Television pulling back on footage of the stadium crowds compared to other international networks. While not removing them completely, CCTV often substitutes crowd close-ups with video of coaches, the team bench or anything other than the thousands of jubilant or despondent fans.

The World Cup is the first major international sporting event taking place in an atmosphere of relaxed Covid measures, following stricter protocols at the 2021 Summer Olympics in Tokyo and 2022 Beijing Winter Games. That’s forced broadcasters like CCTV to resort to a familiar playbook, which includes a 30-second delay on the games that gives censors more time to respond to anything that might be looked down upon in Beijing.

“CCTV has long been notoriously cautious when it comes to sporting events over which they have no broadcast control, largely for fear of what might be seen in the crowd, such as offending banners or signs,” said Mark Dreyer, author of “Sporting Superpower: An Insider’s View on China’s Quest to Be the Best.”

In 2019, CCTV cut broadcasts of National Basketball Association games after the general manager of the Houston Rockets tweeted support for protesters in Hong Kong. The NBA commissioner, Adam Silver, later said the resulting dispute with China cost the league hundreds of millions of dollars.

But now, just the images of the crowds at the World Cup are a political message to Covid enforcers and online censors in China, which has seen rare public unrest in major cities including Shanghai, Beijing and Wuhan.

The tournament’s opening ceremony on Nov. 20 prompted a surge of comments to popular messaging platform WeChat about the lack of masks. On Weibo, a Twitter-like platform, topics related to a recent match were among the top trending topics Monday morning, after posts about protests in China were scrubbed overnight.

That gave viewers opportunities to discuss more than just the players’ performances, often with a heavy dose of sarcasm.

“You can’t see anyone wearing a mask at the World Cup, since everyone in China knows that all the foreigners are dead, we should just keep doing Covid tests and keep locking down then,” one Weibo user wrote.

Another said that “After watching the World Cup, I didn’t expect the Qataris to be unable to afford masks. I wonder how long they would need to quarantine after the World Cup to eliminate the virus.”

Last week, a viral post was censored on WeChat after the unidentified author asked why the crowds in Qatar—where masking is not mandatory—don’t need to follow rules still commonplace in China. “Aren’t they on the same planet we live? Doesn’t the Covid virus hurt them?” the unidentified person wrote.

A call to CCTV’s helpline for comment went unanswered.

Until the final match on Dec. 18, the games in Qatar will likely remain a potentially potent reminder of how far China lags behind the world in relaxing Covid restrictions.

In a separate discussion about the tournament recently, one social media commentator called for an end to the Covid tests and health codes commonplace in China. That prompted another user to ask what would come next.

“Then we will live a normal life, be able to leave this land; we can revel in football matches again, and live our pre-2019 lives again,” the person responded.