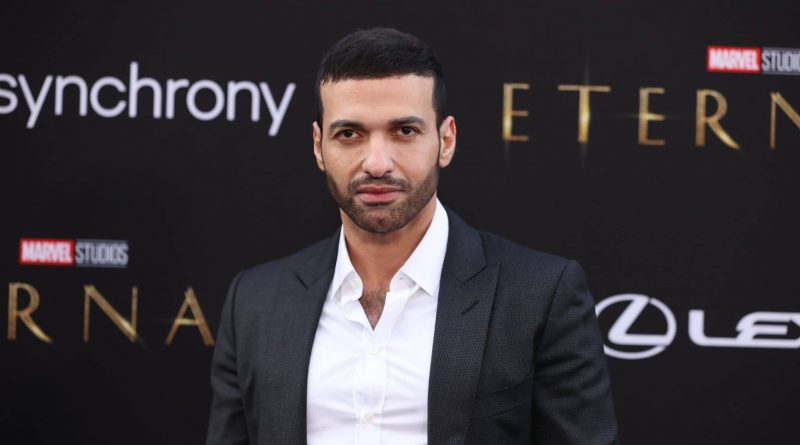 It’s been a long time coming but it’s finally happening – the Marvel Cinematic Universe is getting its first-ever gay superhero in a movie.

LGBT+ comic fans have been screaming out for more representation within the MCU for years, and with the upcoming blockbuster Eternals it seems Marvel Studios is finally delivering.

The film, which is also the first Marvel film to be directed by an Oscar-winning director (Chloe Zhao, Nomadland), follows the adventures of the eponymous Eternals, another race of humanoids in the MCU.

One of the Eternals featured is Phastos, played by Brian Tyree Henry, who as well as being a supernaturally genius mechanical engineer, also lives a very happy family life with his husband and their son.

Phastos’ husband is played by Haaz Sleiman, who fans might recognise from the Amazon series Jack Ryan. Sleiman, himself an openly gay man, has recently spoken about what it means for him to play one of the first major gay characters in Marvel Studios history, describing the experience to Variety as “beyond a dream come true”.

“I wish I had that when I was a kid to see this. My god. I wish! Can you imagine how many lives this is going to be saving — kids, young queer folk, who are being bullied, committing suicide, and not seeing themselves being represented? And now they get to see this — it’s above and beyond.”

Eternals‘ director Chloe Zhao also addressed the topic with the magazine, discussing how it was important to her that the character’s home life didn’t feel awkwardly shoehorned into the film.

“What’s important is to show that it isn’t about a message we’re trying to put out,” Zhao explained. “I think finding authenticity in moments like that is crucial for me, so it doesn’t feel forced, so you could actually relate to them. That’s the most important thing. It’s not just about being the first.

“It’s about do you actually feel for them, whether you’re gay or straight or whatever.”

Zhao also recently said she was hopeful Marvel wouldn’t cave to pressure to censor Eternals’ queer content when the film is released to international markets.

“I don’t know all the details but I do believe discussions were had and there’s a big desire from Marvel and myself — we talked about this — to not change the cut of the movie,” Zhao said. “Fingers crossed.”

Eternals lands in cinemas around the world on 5 November.