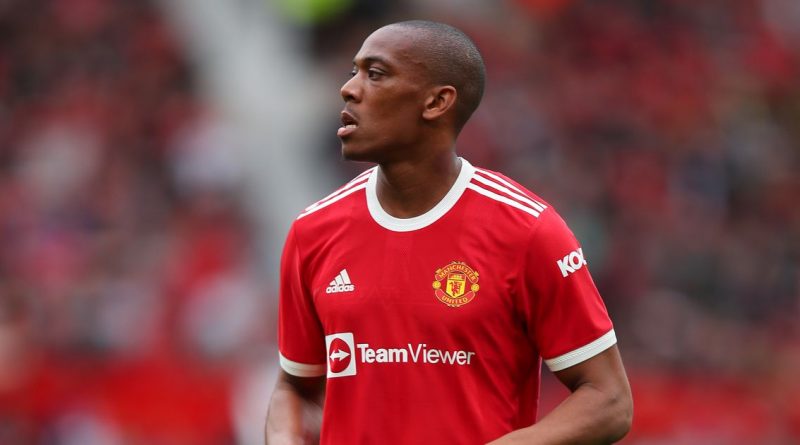 Anthony Martial has rejected the chance to leave Manchester United on transfer deadline day following the arrival of Cristiano Ronaldo.

The 25-year-old has been tipped to depart Old Trafford following an underwhelming season last time out and the return of the Red Devils’ legendary former (and potentially future) No.7.

Ronaldo has agreed an initial two-year contract to return to United, meaning Martial will find game time even harder to come by due to Edinson Cavani being ahead of him in the striking pecking order.

Having scored just four Premier League goals in 2020-21, two of which came in the 9-0 thrashing of Southampton, supporters are losing patience with the Frenchman but he evidently wants to stay in Manchester and fight for his place.

L’Equipe, via Sport Witness, reported on the evening of deadline day that Ligue 1 side Lyon have made an attempt to sign the Martial.

The French outfit were keen on a late loan move and contacted his entourage but the Red Devils’ No.9 turned down the offer from back home.

Mirror Football also understands that along with Martial staying at Old Trafford until at least January, Jesse Lingard will also not be leaving.

The 28-year-old spent the second half of last season on loan at West Ham and was expected to move in this transfer window.

Lingard was wanted by the Irons on a permanent basis, but their £25million capture of Nikola Vlasic from CSKA Moscow ultimately ended their interest in the United attacker.

Club sources have confirmed that the academy graduate is staying put this window, despite the arrival of Ronaldo meaning less playing time and opportunities for both.

The five-time Ballon d’Or’s return was confirmed on Tuesday, with the club legend posting on his Social Media platforms: “Everyone who knows me, knows about my never-ending love for Manchester United.

“The years I spent in this club were absolutely amazing and the path we’ve made together is written in gold letters in the history of this great and amazing institution,” Ronaldo wrote.

“I can’t even start to explain my feelings right now, as I see my return to Old Trafford announced worldwide.

Are Man Utd title favourites with Ronaldo back at Old Trafford? Give us your verdict here.

“It’s like a dream come true, after all the times that I went back to play against Manchester United, and even as an opponent, to have always felt such love and respect from the supporters in the stands.

“This is absolutely 100% the stuff that dreams are made of!”

Daniel James, another player whose minutes would likely have been significantly diminished by the return of Ronaldo, left to join Leeds in a permeant deal on deadline day for a reported £25million.