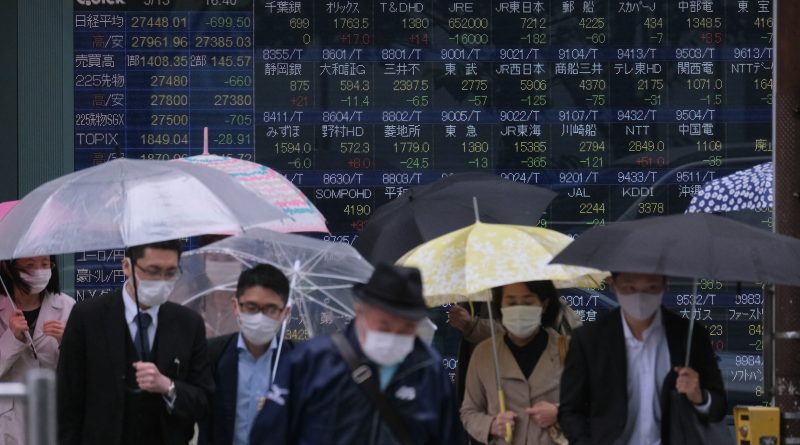 Stock markets are set to see losses ahead, and Japanese stocks could wind up being the hardest hit, warns SEB’s Sean Yokota.

“For the next couple of months, I think you’re going to see some downside risk, especially going into the fall,” Yokota, Singapore head of markets at the firm, told CNBC’s “Squawk Box Asia” on Thursday. “I think stock markets are in for a correction.”

He said Japanese markets could “suffer the most in this environment” as the country struggles with rising Covid cases as well as lackluster inflation.

Japan is struggling to contain the spread of the highly contagious delta variant. Daily new confirmed cases have spiked nearly 500% from their July 1 levels, based on CNBC calculations using figures from Our World in Data. Japan’s markets have also tumbled in a similar period, declining more than 5% for July.

The country is considering expanding its Covid quasi-state of emergency to eight more prefectures, according to local news agency Kyodo News.

Investor sentiment has also been weighed down in recent weeks by concerns over whether the global economic recovery from the pandemic has already peaked. While the U.S. economy is now larger than it was before the pandemic, its growth rate may have peaked at a much slower than expected pace.

SEB’s Yokota said he sees a slowdown in growth ahead.

Higher inflation tends to pressure stock prices as it reduces expectations for earnings growth. Rising inflation in the U.S. has sent jitters through the market this year, raising concerns about whether the Federal Reserve may roll back its easy policies earlier than expected.

But, Yokota notes: “Japan was one of the beneficiaries of this inflation trade since they’ve been in deflation for 30 years.”

Even before the pandemic hit, the Bank of Japan has struggled for years to meet its ever elusive inflation target.

Official data released in July showed core consumer inflation in Japan rising just 0.2% in June as compared with a year earlier. That was the fastest annual pace in more than a year, according to Reuters.

Still, other major economies have reported much higher inflation. Consumer prices in the U.S. rose 5.4% in June from a year earlier, the biggest monthly gain since August 2008.