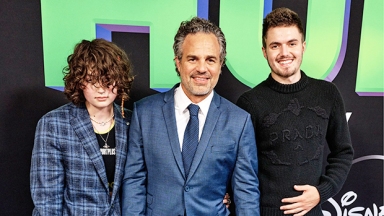 
Mark Ruffalo has certainly taken over Hollywood after getting his start in small indie films. The 54-year-old Wisconsin native landed the role of a lifetime in Kenneth Lonergan’s Academy Award-nominated 2000 film You Can Count on Me alongside Laura Linney, which secured a top spot on casting agents’ lists from then on out. Soon he was starring in Jane Campion’s In the Cut, Michel Gondry’s Eternal Sunshine of the Spotless Mind, and Michael Mann’s Collateral opposite Jamie Foxx and Tom Cruise. Mark also became the heartthrob in romantic comedies such as View From the Top, 13 Going on 30, Just Like Heaven and Rumor Has It.

After a string of serious roles, which included a Best Supporting Actor Oscar nomination for 2010’s The Kids Are Alright, Mark was launched into the movie star stratosphere by taking over the iconic role of Dr. Bruce Banner aka The Hulk for the Avengers franchise. Mark is also reprising the superhero character in the new Marvel TV series She-Hulk: Attorney At Law.

While the actor has secured the fame and fortune of being a big name in Tinseltown, he has also been quite successful in his personal life. In 2000, he married actress Sunrise Coigney after meeting on the set of In The Cut. They immediately started a family together, and now enjoy three children together: Keen, Bella and Odette.

Mark often takes moments to thank his wife for being an amazing mother to their big brood. “To my hero. Always holding it all together. A fierce advocate for her kids, always on point no matter how tough it gets,” the Zodiac vet wrote for Mother’s Day in 2020. “It isn’t easy being a mom, and one day a year isn’t close to enough to celebrate how much work it is and how grateful we should be. We love you, SunnyMom. Thank you for all you do.”

Keep reading to learn more about Mark and Sunrise’s beautiful family, below!

Born one year after his parents wed, Keen has followed in their acting footsteps. In 2013, he played himself in Begin Again and then had a bit role in 2017’s Thor: Ragnarok alongside his father who was playing The Hulk. Perhaps Mark’s parenting style influenced Keen to pursue the acting bug, as the Oscar nominee once said he is a very present in his kids’ lives . “I’m a very hands-on father. I like being a hands-on father,” Mark told IndieWire in 2015. “I am probably more like one of my kids in my family, but the dominating kid.”

Mark and Sunrise’s first daughter Bella arrived on April 12, 2005. The young beauty accompanied her famous father to the 2015 MTV Movie Awards where they twinned together in tuxedos! Her fashion style is obviously unique, as Bella rocked a plaid suit jacket, baggy pants and high tops for the recent premiere of Marvel’s She-Hulk: Attorney At Law.

The youngest of the Ruffalo family, Odette, came into the world on October 20, 2007. While she hasn’t appeared on as many red carpets as her older siblings, she still tags along as much as possible. Mark opened up about raising three teens recently, telling People, “I like those moments where you’re just chugging along and then, all of a sudden, your kids open up to you, and you have this deep conversation where they express their troubles — it’s hard for them, especially at that age.” He added, “But my kids are way [savvier] than I was, man. They’re so engaged in the world.”