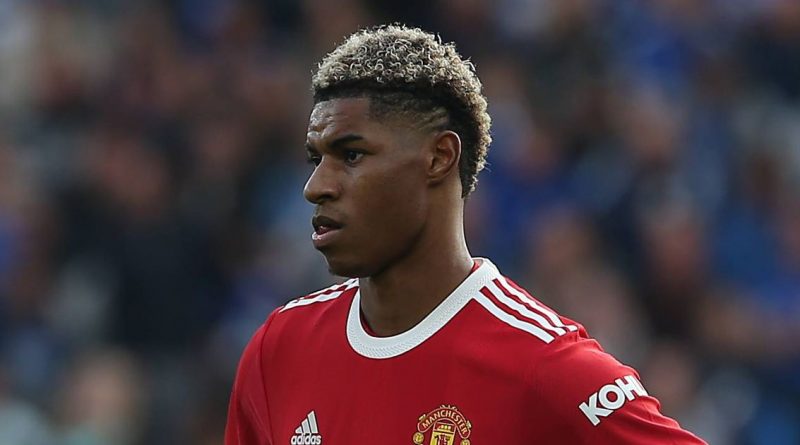 The 23-year-old forward marked his return to action with a goal during United’s 4-2 defeat to Leicester on Saturday after a spell on the sidelines through injury.

Rashford missed the first two months of the season due to surgery on his shoulder and the layoff additionally allowed him time to rest his ankle.

The United academy graduate came off the bench in the second half at the King Power to net a late equaliser before his side shipped two more goals as defeat ended their record breaking 29-game unbeaten run away from home in the Premier League.

The loss made it four defeats in seven matches across all competitions for United, heaping pressure on under-fire manager Solskjaer.

More scrutiny has now been placed on the United boss as he has found himself in hot water with Rashford’s camp after comments he made in the build-up to the forward’s much anticipated return.

Ahead of the Leicester game, Solskjaer urged the England forward to “prioritise football” and these remarks have caused a stir within Rashford’s camp.

United’s Norwegian manager was referring to Rashford’s honourable off-field work where he has earned huge praise in his attempts to address food poverty among children.

Rashford’s efforts off the pitch have resulted in him being awarded an MBE in 2020 and this month he received an honorary doctorate from the University of Manchester.

However, according to The Athletic, those close to Rashford are unhappy with the remarks made by Solskjaer, believing the United attacker’s dedication and professionalism should not be questioned.

Is Ole Gunnar Solskjaer the right man for the United job? Have your say in the comments.

United have clarified Solskjaer’s comments were clearly a case of him praising his player and were simply misinterpreted.

The untimely words come shortly after Rashford hit back at claims in September that he should “stick to football” and his camp are believed to have been irked by Solksjaer’s remarks which add fuel to the fire.

The Athletic claim that sources close to Rashford are unhappy that United’s manager felt the need to mention his priorities, as regardless of the intent, it was interpreted by many as a reminder that the attacker’s focus must be on his day job.

Sources insist this has never been in doubt, highlighting the fact that not only did Rashford delay an operation to help United at the end of the 2020-21 campaign, and England during this summer’s European Championship, but he returned to action six weeks ahead of schedule.

Whatever the case, the headline-grabbing comments have drawn further unwanted attention on to the United boss who has found himself under heavy fire following his side’s recent slump.

Rashford’s return is a huge boost for Solskjaer as United have slipped to sixth in the Premier League and face a crucial few weeks as they take on Liverpool, Tottenham and Manchester City in the Premier League, as well as a tricky Champions League double-header against Italian side Atalanta.

Solskjaer will be hoping the academy graduate can fire United back to winning ways and recapture his form of old after impressing ever since breaking into the Red Devils’ team.

Since his debut, Rashford has netted more goals for United than any other player and is second only to Paul Pogba for assists in that time, despite being played in a number of different positions under three different managers.

The attacker, who is coming up to 300 United appearances, also has the second-highest tally of league goals (56) among players in the top five European divisions currently aged 23 or under, with only Paris Saint-Germain hotshot Kylian Mbappe (112) boasting a more impressive record.