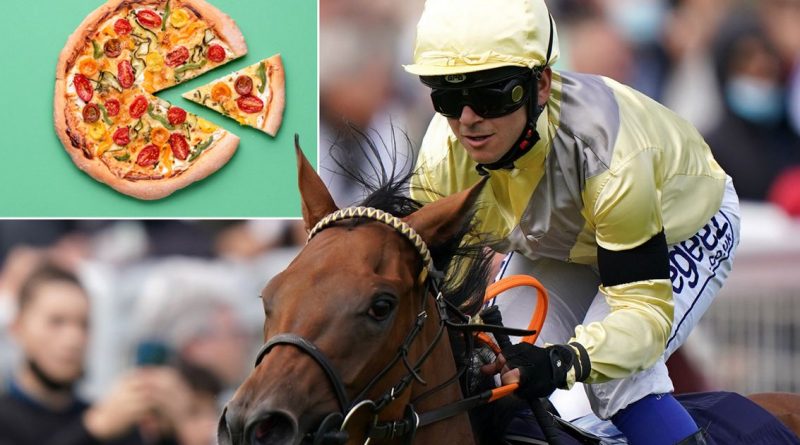 Hailed as the next Frankie Dettori, Italian Marco Ghiani, the season’s leading apprentice, is already justifying that flattering comparison.

With a first Royal Ascot winner now in the bag and a first treble at Newmarket on Saturday, Ghiani is clearly going places – fast.

“I have some nice rides at Glorious Goodwood,” he said. “On Tuesday I ride Gellhorn for my boss Stuart Williams.

“The following day I have Hugo Palmer’s Brunnera and, hopefully, something for Saeed Bin Suroor on Friday.”

Like Dettori, Ghiani hails from Sardinia and both began their careers under the guidance of Luca Cumani, another Italian.

Unlike Dettori, the son of crack Italian rider Gianfranco, successful in back-to-back 2000 Guineas, Ghiani’s family is more familiar with spinning pizzas than riding racehorses. “My parents have a restaurant in Italy,” said the 22-year-old. “We have no family involved with horses.

“But when I was 11, I rode in the Sartiglia that takes place in southern Italy. It’s a traditional three-day carnival. You try to catch a star on horseback with a sword.

“My horse fell, and I was texted by Dario Vargiu, the Italian champion jockey, and he was impressed by the way I rode and jumped back on. I went to the races for the first time and saw him ride and I came back wanting to be a jockey.”

After spending 14 weeks at the Newmarket Racing School, Ghiani became apprenticed to Cumani.

Following Cumani’s retirement from training, Ghiani joined Cumani’s son Matt in Australia before returning to Newmarket to link up with Stuart Williams.

Ghiani also resembles Dettori with his engaging personality and victory salutes after crossing the winning line.

With a newly born son, Louis, he is also enjoying life out of the saddle.

He added: “He’s already been to the races and he has changed my life a lot. I feel more grown up.” Since partnering his first winner Lunar Deity at Lingfield in March 2019, Ghiani has constantly been turning heads.

This season he has ridden more winners than past champion jockeys Jim Crowley, Silvestre de Sousa, Ryan Moore and Dettori.

“Frankie told me how to ride my first winner,” he said. “I always ask him when I go to a track that I haven’t ridden on and also before a big race, what he thinks is best.

“He’s been a great help and is a great guy.”

Also like Dettori in the distant past, Ghiani is proving a popular choice with the Godolphin operation.

His highest profile success came in their blue livery when partnering Real World to victory at Royal Ascot for trainer Saeed bin Suroor.

This was followed up with a Listed victory at Newbury earlier this month.

Ghiani has clearly found his calling in the saddle.

He said: “If I hadn’t come over to England, I would still be working in the restaurant with my dad.

“Racing has more than lived up to all the expectations, and now I hope to become champion apprentice.”

That was something Dettori achieved in 1989 before becoming the most recognised jockey in the world.

Those remarks that Ghiani is the next Dettori might not be so wide of the mark.