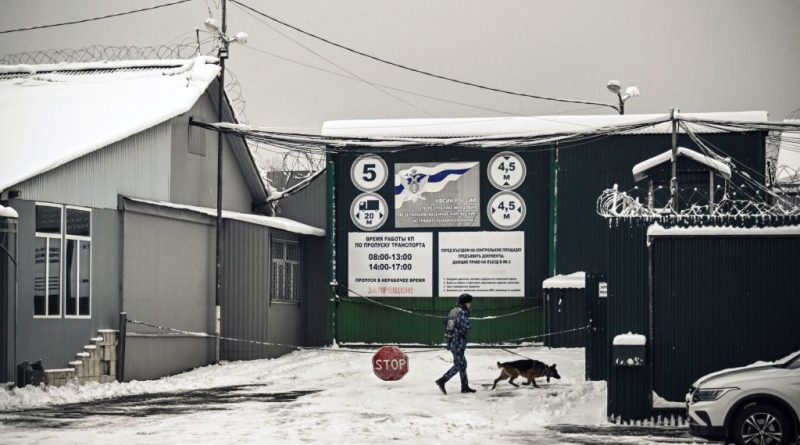 Fogel was arrested at the Sheremetyevo Airport carrying less than 20 grams of cannabis that had been prescribed to him in Pennsylvania for medical purposes. He was sentenced to 14 years in a penal colony. In similar fashion, Griner was arrested in February in Russia when airport security found hashish cartridges in her luggage, containing less than a gram of hashish oil. However, nearly three months after Griner’s arrest, the U.S. State Department reclassified her as “wrongfully detained”—a status Fogel never received.

Griner was later sentenced to nine years, but this week Griner was released after 10 months in holding in a high-profile prisoner exchange. Fogel’s family is hoping for a similar outcome in his case.

Fogel, hailing from Pennsylvania, has been a history teacher at various international schools throughout his career in Colombia, Venezuela, Oman and Malaysia. From 2012 until his arrest, Fogel had been working at the Anglo-American School in Moscow, an elite private school that teaches the children of American diplomats and those of other international political figures.

In June, a judge ruled that Fogel would serve 14 years in a labor camp, under charges of large-scale drug trafficking. Before his conviction, Fogel’s doctor had verified his medical marijuana prescription was for chronic pain. According to Firestone, Fogel has a history of spinal illness. The marijuana that Griner had when she was arrested was also testified to be medically prescribed. Russian penal code outlaws marijuana possession and doesn’t make exceptions for medical use.

“It seems pretty clear that they [Russia] have embarked on a policy of using Americans who are arrested in Russia as bargaining chips for other political ends, and we think that Mark got caught up in that,” Firestone says.

Fogel’s family and friends have been advocating for his release and greater action from the American government since his arrest, particularly because of the harsh conditions he’s been subject to in prison. Russian penal colonies descended from the soviet-era Gulags, are notorious for their intense work, geographic isolation, violence and other human rights issues. Firestone says that Fogel hasn’t been receiving adequate medical treatment in prison.

Firestone says that it has been, and will continue to be, a long journey to free Fogel, but he believes that the first steps are making sure people know about Fogel and getting him reclassified as wrongfully detained. That measure would entail Secretary of State Antony Blinken assessing Fogel’s case and determining holistically if it meets the criteria outlined in the Robert Levinson Hostage Recovery and Hostage-Taking Accountability Act.

Read More: What to Know About Brittney Griner’s Release from a Russian Penal Colony

“We’re working around the world, including in Russia, to make sure that any American who is being unjustly detained comes home. And we’ve been doing this day in, day out since the beginning of this administration,” Blinken said when asked about Fogel and any plans to release more American prisoners on a livestream with CBS News this week. “The President has made, in many cases, the hard decisions required to bring them home. We’re doing that. I am not going to rest until we get everyone back that we possibly can.”

Once the secretary determines that someone’s been wrongfully detained, the State Department and other government agencies begin a collaborative effort to secure their release through diplomacy, media pressure, intelligence monitoring and other strategies. A group of nine bipartisan Senators sent Blinken a letter last summer asking him to reclassify Fogel, as they were gravely concerned for Fogel’s safety. The State Department has previously asked Russian officials to release Fogel on humanitarian grounds.

“The President did not mention him [Fogel] at the press conferences,” Firestone says. “They have consistently mentioned Griner and Whelan, which is great that they’re giving such attention to their cases. We saw a great result in the Griner matter. People criticize the nature of the exchange, but it is an unambiguously great result that she is out.”