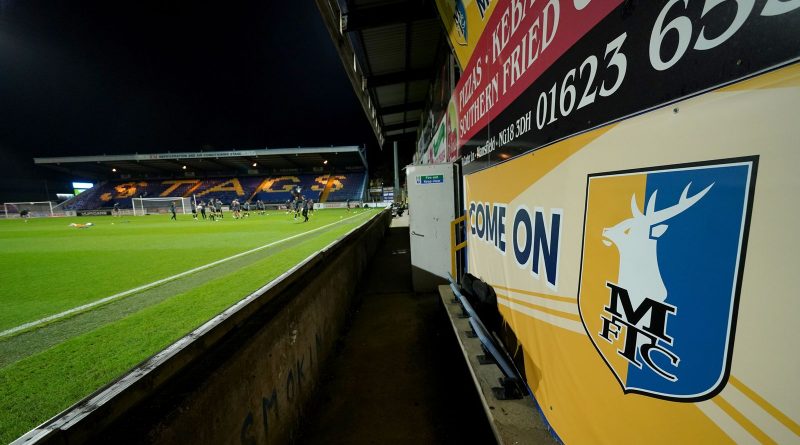 
A man found guilty of making monkey chants at a Mansfield Town match on Tuesday has been jailed for six months and two weeks.

Jamie Strouther, 31, of Bilborough Road, Mansfield, was sentenced on Thursday at Nottingham Magistrates’ Court and, on top of the jail term, will have to pay £100 in compensation and serve an eight-year football banning order.

The League Two club also confirmed on Friday that Strouther had been issued with a lifetime ban from the One Call Stadium and said anyone found guilty of similar offences will face the same punishment.

The incidents happened at Tuesday’s League Two clash with Carlisle United, with Strouther shouting racist abuse as well as making monkey noises, according to Nottinghamshire Police.

Superintendent Claire Rukas, Nottinghamshire Police’s head of Operational Support, said: “Football is there for people to enjoy and we are committed to ensuring that it remains the ‘beautiful game’ that it is famously known as.

“Racism has no place in society or sport. Hate crime is very clearly on the agenda for football both nationally and locally and it is something that is actively being targeted, with robust action being taken where this is seen and reported.

“When Strouther was spotted making these gestures and remarks, the team at the game worked quickly to intercept this and stop him in his tracks.

“Incidents like these completely go against what sport is about and spoil the atmosphere, but most of all these comments and gestures are highly upsetting and degrading.

“I would also like to thank the supporters who came forward to report this after being appalled by Strouther’s behaviour.

“We are pleased to hear of this result at court and that Strouther will not be allowed or welcomed to matches for the years to come. We hope this serves as a warning to anyone else who may make these remarks that this is taken extremely seriously and could land them with hefty consequences.”