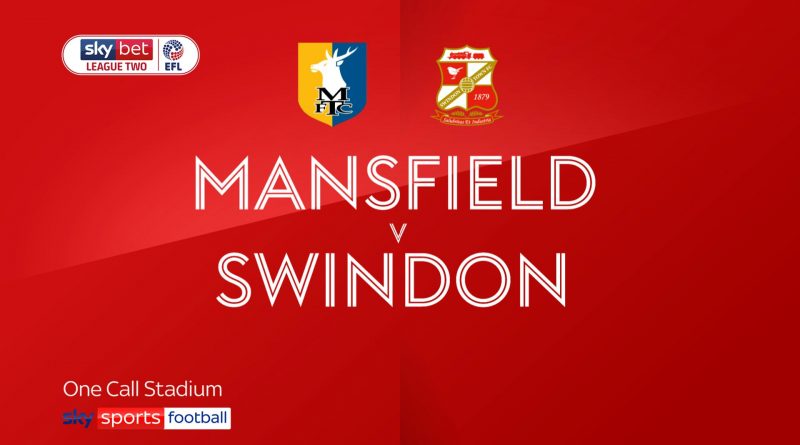 Mansfield maintained their Sky Bet League Two play-off push with a fifth win in succession as they saw off visiting Swindon 3-2.

The Stags grabbed a fourth-minute lead as Jordan Bowery pulled back a pass for George Maris to smash home a low 12-yard finish.

But Nathan Bishop was beaten at his near post from a tight angle on the right by Harry McKirdy for a 28th-minute equaliser.

Mansfield were back in front three minutes later when Rhys Oates broke away from a Swindon corner all the way to the other box where he was brought down by Akin Odimayo.

Stephen McLaughlin then dispatched a fine spot kick low inside the right post.

It was 3-1 after 43 minutes when Bowery powered between two defenders from a lofted Maris ball and lobbed the advancing Lewis Ward.

Ellis Iandolo’s header clipped the home bar after 57 minutes from a Louis Reed corner and in the 79th minute McKirdy blasted over from an excellent position after Jayden Mitchell-Lawson’s pass.

A minute from time, Iandolo ran at the home defenders and drilled a low shot home through a crowd of players but Mansfield held on to make it eight league wins in nine matches.